'Will Visit J&K HC': CJI Ranjan Gogoi On Allegations That People Are Unable To Approach Court

The apex court was hearing a petition filed by two child rights activists on the state of children in Jammu and Kashmir following the restrictions imposed after the abrogation of Article 370. 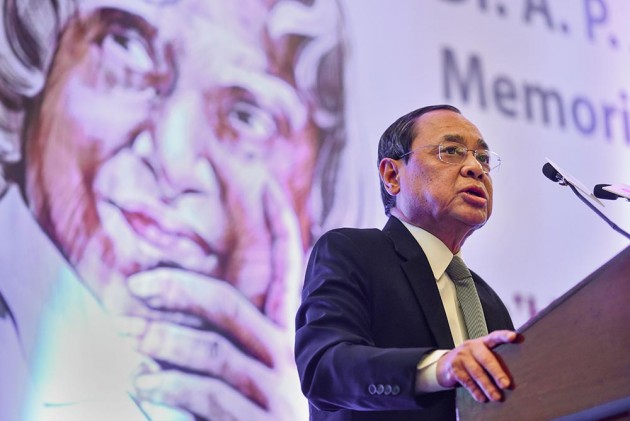 The Supreme Court on Monday sought a report from the Jammu and Kashmir High court chief justice following the allegations that people were finding it difficult to approach it there.

The apex court was hearing a petition filed by two child rights activists on the state of children in Jammu and Kashmir following the restrictions imposed after the abrogation of Article 370.

Chief Justice of India Ranjan Gogoi said it is "very very serious" if people were unable to approach the high court. "I will myself visit Srinagar," he said.

The CJI warned the lawyer, representing the activists, that if the report of the high court chief justice indicates contrary, then get ready for "consequences".

Meanwhile, the apex court also asked the Centre to restore normalcy in Jammu and Kashmir, adding the national security should also be kept in mind while doing so.

The court asked the Centre to make all endeavours to restore normalcy in Kashmir as soon as possible and said that as the so-called shutdown is in the valley itself, then it can be dealt with by the Jammu and Kashmir High Court.