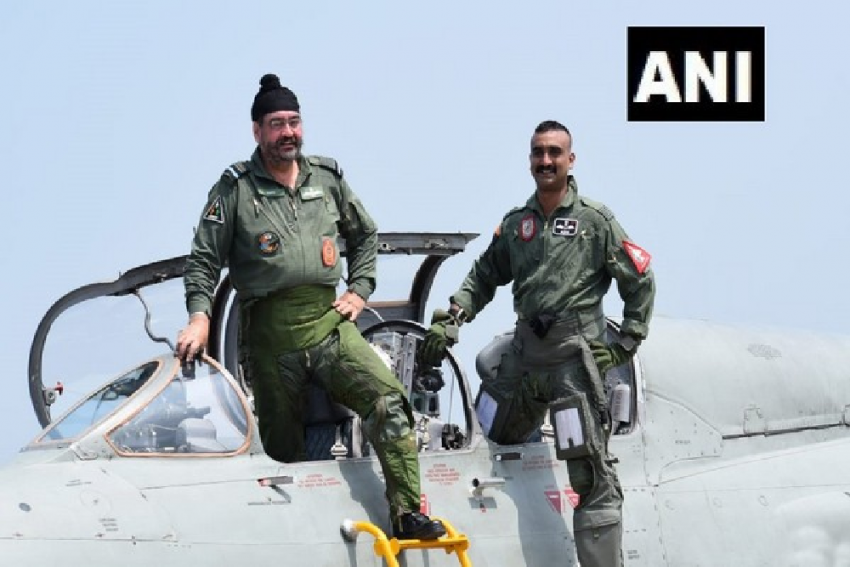 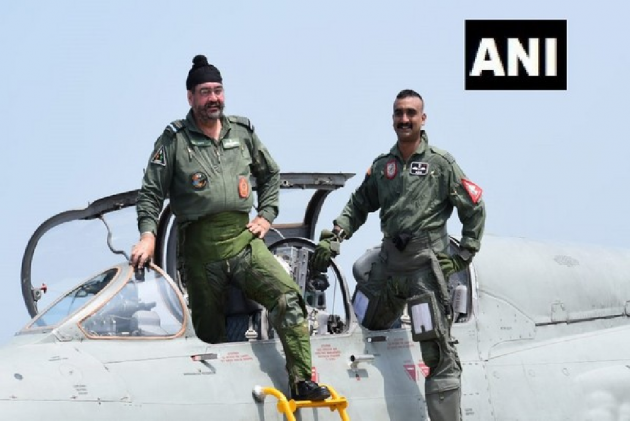 Air Chief Marshal Birender Singh Dhanoa said in Pathankot on Monday that it was an honour to fly his last sortie in an Indian Air Force (IAF) aircraft with Wing Commander Abhinandan Varthaman.

Air Force officials said the sortie at the Pathankot Air Base lasted for about half-an-hour.

"It was a particular joy for me to come and fly with the 26 Squadron which is the last squadron of the legacy of MiG-21 aircraft. It was also a pleasure to fly with Abhinandan, because he has got his flying category back," Dhanoa told the media.

Abhinandan Varthaman started flying the MiG-21 after he was declared medically fit by the Institute of Aerospace Medicine in August. He had sustained injuries while ejecting from a fighter jet that was hit by a Pakistani missile on February 27 and had been barred from flying for six months.

"I also ejected in 1988 and it took nine months for me to get my category back. He's back in less than six months, so that's very good for him," said Dhanoa.

The Air Chief took the lead in the MiG-21 sortie at Pathankot. Varthaman is back in the IAF as a trainer for MiG-21 aircraft.

"Both of us have two things in common. One is, both of us had ejected. Second, both of us have fought the Pakistanis. I fought in Kargil and he fought after Balakot. And the third is that I have flown with his father. We were together in Adampur in a MiG-21 squadron. It is an honour for me to do the last sortie in the Air Force in a fighter with his son," Dhanoa said.