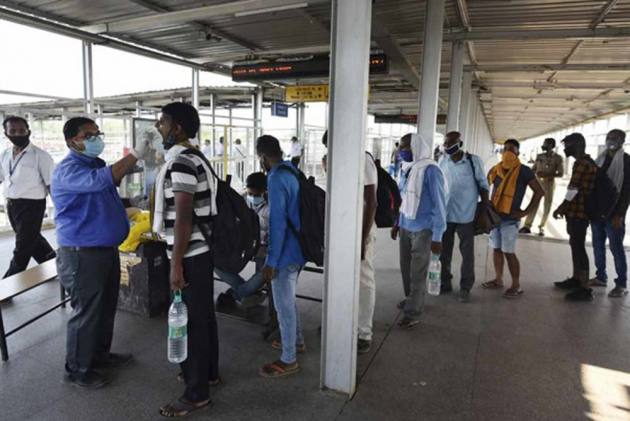 According to the Union Health Ministry data updated at 8 am today, the number of active cases declined to 4,54,118. The active caseload comprises 1.47 per cent of the total infections, with the country reporting a decrease of 915 cases in the active caseload on Saturday.

Delhi Left With Only A Day’s Stock Of Covid-19 Vaccines: CoWIN Data

Meanwhile, the national Covid-19 recovery rate has increased to 97.20 per cent.

The number of people who have recuperated from the disease surged to 2,99,75,064 and the case fatality rate stands at 1.32 per cent, the data stated.

Cumulative number of vaccine doses administered so far has reached 37.60 crore under the Nationwide Vaccination Drive.

The 895 new fatalities include 494 from Maharashtra and 109 from Kerala.