Home  »  Website  »  National  »  With 8,000 Guests, Narendra Modi's Swearing-in To Be Biggest Ever Event At Rashtrapati Bhavan

With 8,000 Guests, Narendra Modi's Swearing-in To Be Biggest Ever Event At Rashtrapati Bhavan

The size of the gathering is seen as a reflection of the massive mandate received by the Narendra Modi government in the Lok Sabha elections. Both the BJP and NDA have improved their tally compared to 2014. 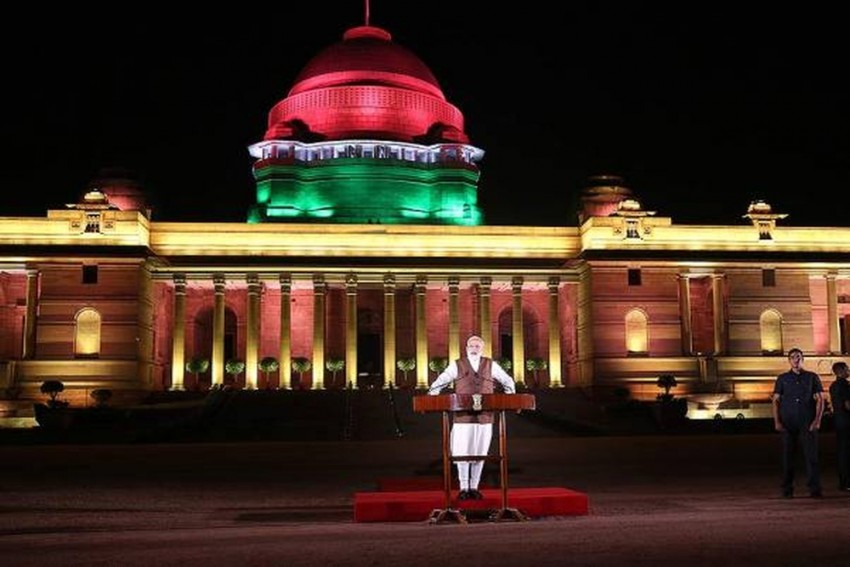 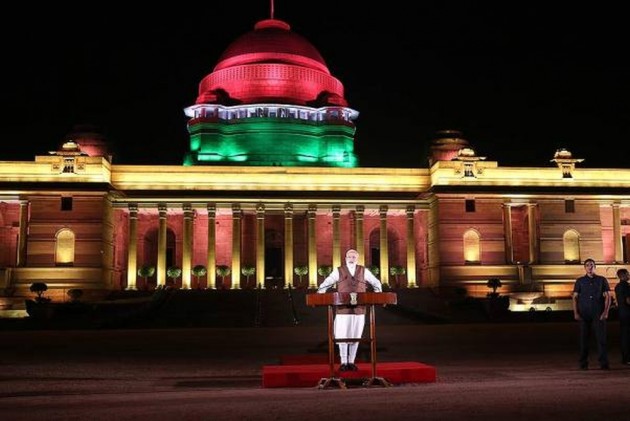 Nearly 8,000 guests will attend the swearing-in of Prime Minister Narendra Modi at the Rashtrapati Bhavan on Thursday, making it the biggest-ever event held in the historic premises.

While the guests attending the event will be treated to high tea, President Ram Nath Kovind will host a private dinner for the leaders from BIMSTEC countries as well as Kyrgyz President Sooronbay Jeenbekov and Mauritian Prime Minister Pravind Kumar Jugnauth - who have all confirmed their presence.

"It will be the biggest-ever event at the Rashtrapati Bhavan. 8,000 people are coming," Ashok Malik, Press Secretary to the President, told IANS.

The size of the gathering is seen as a reflection of the massive mandate received by Modi government in the Lok Sabha elections. Both the BJP and NDA have improved their tally compared to 2014.

The swearing-in will be held in the forecourt of Rashtrapati Bhavan, the same venue as in 2014. The event then was attended by about 5,000 guests.

The high tea will have snacks, including samosas, and paneer items apart from sweets, while at the President's dinner, the visiting foreign dignitaries will be treated to "Dal Raisina" - a special delicacy of the Rashtrapati Bhavan that takes 48 hours to cook - among other delicacies.

The Prime Minister will also attend the dinner, along with some officials.

With the swearing-in scheduled for 7 p.m., dinner will be light as it will be served a little late in the evening.

The dinner will have both vegetarian and non-vegetarian options and include soup, fish, chicken, vegetables and the "Dal Raisina" - a variant of popular 'maa ki dal'.

"It is a speciality of our kitchen. Its special recipe was developed here in Rashtrapati Bhavan. It takes 48 hours to prepare. The process of preparing it started on May 28 and it will be ready by tomorrow (Thursday)," Malik said.

The event will also be attended by leaders of political parties, Ambassadors and diplomats and celebrities from various fields.