The TMC insiders said the party is likely to launch itself in October in Goa, with its supremo Mamata Banerjee and the party’s national general secretary Abhishek Banerjee also to visit the coastal state in the coming months. 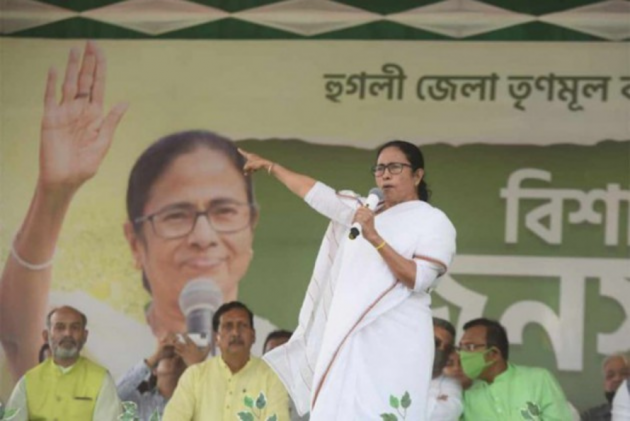 With Goa Assembly election slated next year, Mamata Banerjee's Trinamool Congress (TMC) is all set to launch itself in the poll fray of the coastal state.
The party’s elaborate plan to succeed in Goa is already in process, as per party’s Rajya Sabha MP.
According to the above leader, a team of about 200 employees of poll strategist Prashant Kishor's organisation, the Indian Political Action Committee (I-PAC) are camping in Goa over the past few weeks, conducting various surveys and building local contacts, as part of the TMC's poll plan.

The party has no presence in Goa as of now but are in talks with a few incumbent and former MLAs from different parties, especially the Congress, to get them into their fold. This includes two former chief ministers of Goa. They are also holding talks with some prominent civil society personalities. According to a senior leader of the TMC, they plan to launch the party in October.

"Earlier this week, Kishor had a discussion with Mamata Banerjee and her nephew, Abhishek. Apart from the northeastern state, we understand that Goa was also discussed during the meeting," said a Bengal minister who did not want to be identified.

Abhishek Banerjee, the TMC's all-India general secretary, is in charge of the party's national expansion plan ahead of the 2024 Lok Sabha election, in which the TMC wants to pitch the three-time Bengal chief minister as prime minister Narendra Modi's toughest challenger.

On Thursday, TMC Rajya Sabha leader Derek O'Brien, along with footballer-turned-Lok Sabha MP Prosun Banerjee, landed in Goa but has remained tight-lipped about the tour till Friday evening.

In the 2017 Goa Assembly polls, the Congress emerged as the single largest party, bagging 17 of the 40 seats in the Assembly, but the BJP, which won 13 seats, managed to form the government taking support from the regional parties, Maharashtra Gomantak Party and Goa Forward Party that had three MLAs each and one independent.

Since then, the Congress has been in a great deal of turmoil in Goa, a situation that the TMC wants to exploit. The Congress' tally has come down to 5 - with as many as 12 MLAs switching over to the BJP over the next two years. The BJP's total strength reached 27.

Taking advantage of the Congress' internal turmoil, the TMC has already got India's grand old party's women's wing chief Sushmita Dev into their fold and sent her to the Rajya Sabha. Dev has been entrusted with building the TMC's organisation in Assam and Tripura.

"In Goa, too, the party in banking on disgruntled Congress leaders and civil society members to build our party. 'Only Mamata Banerjee can effectively deal with the BJP' is going to be our primary slogan," said a senior TMC leader who did not want to be identified.