OPINION | With Lakhs Left Stateless, NRC Will Continue To Haunt Us

By putting the burden of proof on the citizens to prove themselves as 'genuine indians' the Supreme Court converted lakhs of Indian citizens to suspects. 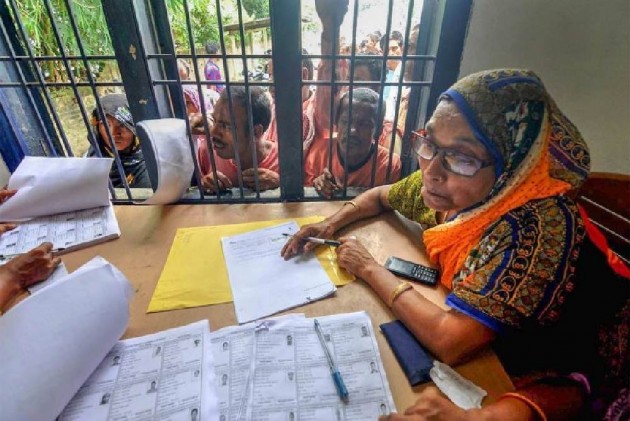 A large majority of Assamese, irrespective of caste, class religion or language, is hoping that the final NRC published on August 31 will be error-free because they expect it to bring an end to the problem of illegal immigration that has rocked the state for a long time now.

In almost every community of Assam, there are small sections of people who believe that the NRC exercise fails to deliver as it is either driven by political motivations or pecuniary benefits.  There is also a section of minorities and indigenous people, worried after they could not produce documents to back their claims of citizenship.

Even after the publication of the final list of the updated National Register of Citizens, a few things will continue to haunt the state of India. What happens to the lakhs of people who have not found their names in the final draft?

It is clear that despite repeated directions by the Supreme Court, the government has done little to engage Bangladesh in the matter.

Bangladesh is not willing to admit that its citizens entered illegally in India. However, in the current international scenario, it is unlikely that India will do anything to rub Bangladesh the wrong way. Thus, for India, having lakhs of stateless people in its care will prove to be a serious problem.

Many poor illiterate women, who have never voted in their parents’ homes before being married off to faraway places, committed suicide because they could not find papers to support their claim. While men often think that their own identity will always be the identity of their wives, this generalisation did not hold much water for the apex court when the fate of a large number of poor illiterate women was involved!

Even men who are neither illiterate nor poor but who could not find the required documents are at the risk of being rendered stateless. I do not see how the conscience of the judges will not be disturbed by this.

Despite Supreme Court monitoring the process, thousands of people, in the last few days, were given 48 hours notices to appear in NRC Sewa Kendras in places as far as 500 KM away from their residence. While some of these harassed people sold their lands, others borrowed money to meet the cost of travel. Had it not been for the good Samaritans of upper Assam, these people would have gone without food and would have been lost in unknown places.

By putting the burden of proof on the citizens they are 'genuine indians', the Supreme Court converted lakhs of Indian citizens to suspects.

Would it not bother judges that they insulted ordinary citizens by doing this? It is not as if there were no better ways to deal with the problem of illegal immigration. In fact, in 2015, a group of conscious intellectuals and social workers had suggested a better way.

Apprehending large scale harassments to genuine citizens and also to reduce the scale of the operation, so that it could be carried out properly, they suggested the following:

1) The names of all residents of the pre-1971 villages, towns and settlements as found in the official records be automatically entered in the updated NRC without asking for furnishing of documents.

2)  Ask for specific complaints about doubtful settlers of these areas and investigate their citizenship expeditiously. The settlements and villages that have come up after 1971 be covered by a house to house census along with verification of documents to ascertain the status of a legacy of the residents there.

3)  The above procedure is followed also in areas which have recorded unnatural increase of population.

4) Since this procedure will not require the citizens to visit NRC Sewa Kendras to submit documents it will considerably decrease harassment of common people.

5) The residents of Assam whose ancestors were employed or were in business etc., in the 1951- 71 period, in those parts of composite Assam which are no longer parts of Assam after reorganization of Assam their legacy data must be procured by the Assam government because those states are not releasing the data as there is no up-gradation process there.

However, there was no response. One can only wonder if it was feasible for the court to monitor such a huge exercise carried out by bureaucracy, infamous for their loyalty to politicians involving verification of millions of people and papers.

We, as a democracy, have not borne ourselves well in this entire exercise of NRC. Yet, I hope the list is largely error-free. Otherwise, the state will be in the grip of communal tension or even violence.

(The author is a retired professor of Political Science at North-Eastern Hill University, Shillong. Views expressed are personal)