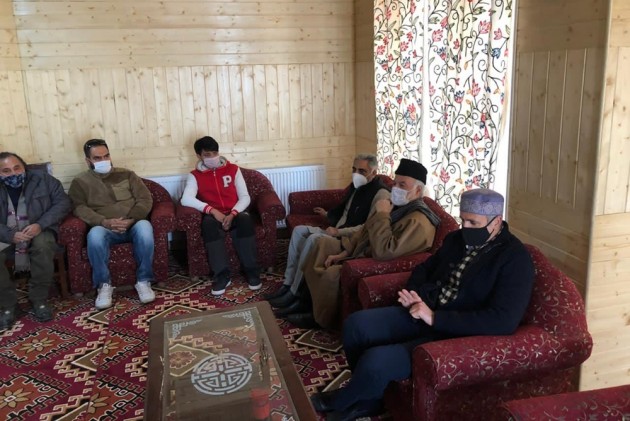 With the formation of Kargil Democratic Alliance, a new political force has emerged in Ladakh. Formed on October 29, the Kargil Democratic Alliance, an amalgam of different political and religious parties in the region, had its first meeting with former Chief Minister Omar Abdullah. Omar led a delegation of the Political Alliance for Gupkar Declaration.

He, however, said an apex body of the Peoples Movement for Sixth Schedule which is an amalgam of different political and religious organizations of Leh, have expressed their desire to meet the Kargil Democratic Alliance.

“I think we will have a meeting after some days. But our views on the Sixth Schedule is clear. We are not supporting this demand. We consider it demeaning as there is nothing in it. Even if given, all executive powers will continue to be with Lt. Governor and we have seen indignity of living under bureaucratic raj in the past one year,” Karbalai said.

He said his alliance wouldn’t hesitate to suggest to the People's Movement to give up its demand for Sixth Schedule and instead seek full statehood for Ladakh with special constitutional guarantees which were in Article 35A.

“In the full statehood, we will have our own legislature, chief minister and powers to make and amend laws. We will not be at the mercy of bureaucrats,” he said. He also emphasised that the Sixth Schedule is not a solution to Ladakh’s problems and the sooner political parties in Leh realize the better it will be.

Article 35A would empower the government of J&K to define a class of persons as constituting “permanent residents” of the erstwhile State. Also, it would allow the government to confer on these persons’ special rights and privileges with respect to matters of public employment and acquisition of immovable property in the state.

Ahead of the Ladakh Autonomous Hill Development Council (LAHDC) Leh polls, results of which were declared on October 26, prominent political leaders, political parties including the BJP and religious monks from the region formed the Peoples Movement for Sixth Schedule demanding constitutional safeguards for locals of the region under Sixth Schedule of the Constitution.

On September 3, BJP led LAHDC Leh had passed a resolution, seeking safeguards under Article 371 of the Constitution of India or Sixth Schedule or domicile law, to protect the tribal rights of the indigenous people of Ladakh.

The home ministry has assured the Leh leadership of granting Sixth Schedule, however, they will have to take Kargil Democratic Alliance along.