With Similar Agenda In South Asia, India Has No Complaints About US Deputy Secretary’s Pakistan Visit

US Deputy Secretary Wendy Sherman had said her Pakistan trip was to ‘consult deeply on how we see the changing circumstances, given the change that has taken place in Afghanistan’. 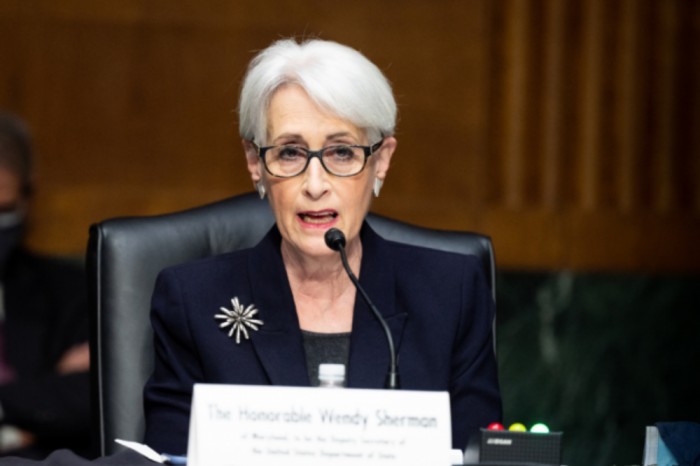 US Deputy Secretary Wendy Sherman’s visit to Pakistan earlier this week was significant. It was the first high-level visit from a senior Biden administration official to the country at a time when Afghanistan is on the boil and US-Pakistan relations have hit a low point. Mending fences with Islamabad is important considering Pakistan is perhaps the only country that has some degree of influence with the Taliban.

The visit coming on the heels of her two-day India visit, Sherman had to do some deft tight-rope walking in trying to balance the sensitivities of South Asia’s arch-rivals. Diplomats are adept at handling such situations and do not tie themselves in knots as most people. In New Delhi, Sherman downplayed her visit to Pakistan.

Commenting on the next leg of her trip she said in India: “ It’s for a very specific and narrow purpose, we don’t see ourselves building a broad relationship with Pakistan”.

Sherman did not deny her words, instead, she did a bit of double-speak when asked about her comments in India by reporters in Islamabad.

She explained ``specific steps’’ she said meant the purpose of her trip to Pakistan was to predominantly focus on Afghanistan events following the departure of US troops and review bilateral ties with Pakistan.

“The US and Pakistan have had longstanding relations for decades,’’ she added for good measure.

Afghanistan certainly remained on top of the agenda during talks with foreign minister Shah Mahmood Qureshi.

Later at a news conference after talks Sherman said while bilateral issues did come up, “this particular trip was to really consult deeply on how we see the changing circumstances, given the change that has taken place in Afghanistan”.

Sherman tweeted late Friday that she and Qureshi met to “discuss Afghanistan’s future” and the “important and long-standing US-Pakistan relations”.

“We look forward to continuing to address pressing regional and global challenges,’’ she said.

India had earlier resented being coupled with Pakistan as most US officials tended to make pit stops in Delhi and Islamabad during the same trip.

Realizing this, when Washington was building bridges with New Delhi, US diplomats stopped the practice. But since India and US ties are now vastly improved, and both countries have similar strategic agendas in Asia (of checkmating China) insecurities and suspicions have now been put to rest. New Delhi no longer insists on de-coupling visits and has no complaints about Sherman taking in Delhi and Islamabad together. The level of trust between India and the US has increased considerably.

It is well known that the US and Pakistan have in the past had warm and mutually beneficial relations. During the Cold War, Pakistan was in the US camp while India tended to tilt towards the former Soviet Union. When the Soviet troops were in Afghanistan at the invitation of former president Najibullah, the US armed and funded the mujahideen fighters.

The CIA andPakistan’s spy agency the ISI, worked closely together through the years of Russian occupation of Afghanistan. Once the Russians went back, US interest in Afghanistan evaporated. But the Americans can be blamed for leaving the Afghanistan-Pakistan border areas flush with sophisticated arms, including stinger missiles.

But ties between the US and Pakistan deteriorated during the twenty years of US and NATO deployment in Afghanistan. Senior American military officials reported back on Pakistan’s double game in Afghanistan, overtly siding with the US on its war on terror and also helping at least one faction of the Taliban.

All through Pakistan provided medical help to wounded Taliban warriors and used the Haqqani network to target interests inimical to Pakistan. India was a target. All this led to a steady deterioration of ties between the two former friends. The Biden administration has taken a tough stand against Pakistan with the President refusing so far to make the customary call to Pakistan Prime Minister since assuming office.

Yet it is important for the US and Pakistan to improve ties, mainly because of Afghanistan. Improved relations will lead to better coordination between the two countries in Afghanistan. Washington is hoping to use Pakistan’s influence on the Taliban to moderate its views. It is also keen that Islamabad does not recognize the new Kabul regime before the rest of the world.

The US is also looking to Pakistan to give it “over the horizon capabilities’’ meaning an air corridor to strike at terror targets in Afghanistan.

Though Sherman did not dwell on this, General Frank McKenzie, chief of US Central Command told a Congressional hearing in Washington that the US was in talks with Pakistan on this. Publicly Prime Minister Imran Khan had said an emphatic no to the US request.

But the Pakistani military will have the last word on this. Nothing is clear as of now, but the US is keen to ensure that Afghanistan does not again become a place for international terror groups to launch attacks on other countries.