With Afghanistan now under Taliban control, every country is biding its time to see what kind of Taliban-led government finally emerges in Kabul. 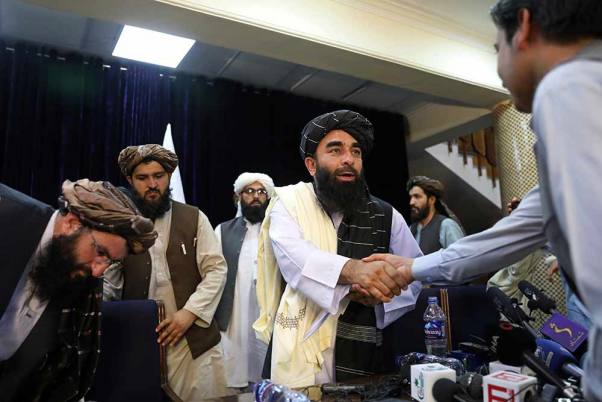 Abdul Ghani  Baradar, the co-founder of the Taliban is back in Afghanistan from Doha, after twenty long years. Instead of flying into Kabul, he has landed in Kandahar, where the late, one-eyed  Mullah Omar, the spiritual guru of the Taliban, presided during its first stint in power from 1996 to 2001. With Baradar back in Afghanistan, the transition to a Taliban controlled government will speed up.

With Afghanistan now under Taliban control, what will be India’s next move? Among all the major regional powers, India at the moment is the big loser. Pakistan is elated. It had always wanted the pro-Pakistan government to be installed in power. It will want to ensure that India’s footprints in Afghanistan are reduced to a minimum.

Delhi had invested over three billion dollars, and become the fifth-largest aid giver to Afghanistan. India’s projects include the new parliament building and fixing the Salma dam. Besides, Delhi had invested in many smaller projects, roads, bridges, and drinking water projects that transformed the lives of ordinary Afghans and was able to win much goodwill from people across Afghanistan.

I’ve Heard Taliban Militants Chopped Off Hands Of 15 People For A Petty Crime: A 16-Year-Old In Kabul

China, Russia and Iran have all been in talks with the Taliban in the last few years, waiting for the time when the US and NATO troops leave the country. India on the other hand, had solidly backed the elected governments of first President Hamid Karzai and then Ashraf Ghani. Delhi reached out to the Taliban towards the end, but that was too little too late. Foreign Policy quoted Taliban spokesman Suhail Shaheen, telling its reporter in July,  "India was siding with the government installed by foreigners. They are not with us.’’  At the same time, speaking to an Indian news agency on August 14, Shaheen warned India against any military intervention but appreciated India’s development work in Afghanistan. That is India’s calling card. Once the dust settles development will be where Delhi can mark its presence in the development area. Pakistan will certainly try to ensure that India is kept out. But much will depend on how India plays its cards.  For now, it is best to lie low and wait for a clearer picture.

Every country is biding its time to see what kind of Taliban-led government finally emerges in Kabul. Will it be inclusive? Nobody knows though talks are on with both chief peace negotiator Abdulla-Abdulla and former president Hamid Karzai. While the Taliban is putting its best foot forward and hoping to drive home to the international community that it is no longer a group of illiterate villagers that ruled last time, few are taking these words at face value. During the news conference held in Kabul on Tuesday, the Taliban insisted that it will rule according to Sharia law, but refused to elaborate if it will be hardline Sharia like last time or a moderate version. All this was deliberately kept vague. Reports from the provinces are hardly encouraging with women told to stay out of schools and offices. Five women journalists were killed earlier this year by the Taliban. International recognition will come only when countries are convinced that the Taliban keeps its commitment to an inclusive society where human rights are respected. The Biden administration had frozen billions of dollars of Afghan reserves held in the US. This is possibly to put pressure on the Taliban.

India has temporarily shut its embassy in Kabul. All diplomatic staff including ambassador Rudrendra Tandon on Tuesday were flown back in a military aircraft as commercial flights have been stopped, thanks to the chaos in the airport with Afghans scrambling to leave the country. The consulates in Kandahar, Mazar-e-Sharif, Jalalabad, and Herat are already closed. So for all practical purposes, India is for now out of Taliban-controlled Afghanistan, as are most western embassies. The focus for Delhi today is to get all its remaining nationals out of Afghanistan. India is also committed to bringing back Sikh and Hindu Afghan nationals who wish to leave Afghanistan as well as people involved in Indian projects. But that may take some time.

India is in no hurry to get into the Taliban’s embrace. It is likely to wait and watch what its allies and partners do, before taking any decision. For now, the contacts will be basically security-related issues linked to getting safe passage for  Indian nationals to fly back from Afghanistan.