Since the Afghanistan crisis began, over 150 turban-makers in Sonamukhi town known for its exquisite silk weaves, are incurring huge losses. 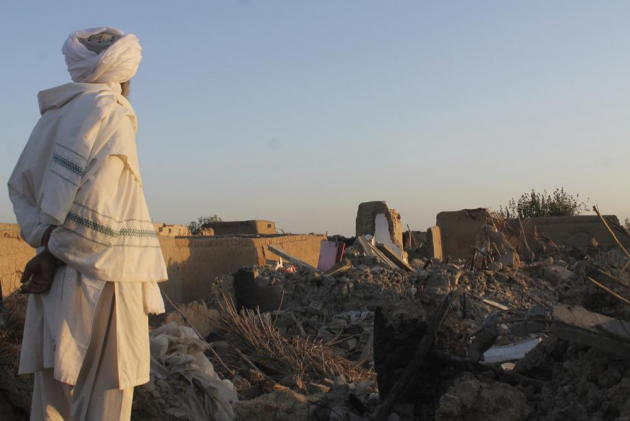 The Taliban blitz in Afghanistan has been a severe blow to the turban makers in West Bengal’s Bankura district, who had been supplying colourful silk headgears to Kabuliwallahs for over 40 years.

They are now staring at an uncertain future.

"Due to the prevailing economic downturn, and the lockdowns, business had already received a blow with less than half of the turban-makers pulling on. The tumultuous situation in Afghanistan has dealt the final nail on the coffin in the past one week or so,” spokesman of local weavers organisation Shyamapada Dutta said.

Since the Afghanistan crisis began, over 150 turban-makers in Sonamukhi town known for its exquisite silk weaves, are incurring huge losses as a Surat-based agency exporting headgears has stopped sending consignments, Dutta said.

Sonamukhi town in the state’s western part, some 3,000 km from Kabul, had become a turban hub over four decades back when some Pakhtoons, locally known as Kabuliwallahs, used to visit Krishnabazar area to peddle spices, dry fruits, and for money lending purposes.

As their rapport grew with local weavers, who were manufacturing items like sarees, the Pakhtoons placed orders for turbans and took the initiative in taking their products to Kolkata and from there to Surat, an old-timer of the place recalled.

It became a flourishing business and around 150 weavers engaged themselves in the turban trade and the business continued for generations.

Asked about the impact, Dutta, himself a turban maker, said with a headgear costing between Rs 350 and Rs 3,500, the craftsmen are suffering considerable losses.

A turban-maker usually made around 20-50 turbans a month, another weaver said.

Businessman Nimai Pal, who used to take the product from weavers and send them to Kolkata, said though it was difficult to hazard a guess, approximately a loss of Rs 1 crore has been incurred.

"Though business had been down for quite some time due to factors like recession, lockdown, prolonged uncertainty in Afghanistan, trade was limping. The visit of Pakhtoons had also dwindled over the years. But now it has altogether stopped. The craftsmen will now be compelled to take up weaving other items," he added.

A district official said if the weavers and traders approach the government documenting the losses and their previous income, the issue of financial support will be sympathetically considered. (With PTI inputs)