Home  »  Website  »  National  »  With Tamil Nadu Elections On His Mind, EPS Marches On, In Spite Of Covid Impact

With Tamil Nadu Elections On His Mind, EPS Marches On, In Spite Of Covid Impact

Since the coronavirus lockdown was imposed in March, Palaniswamy has signed MoUs worth over Rs 18,000 crores and traveled extensively across the state to inaugurate new projects. 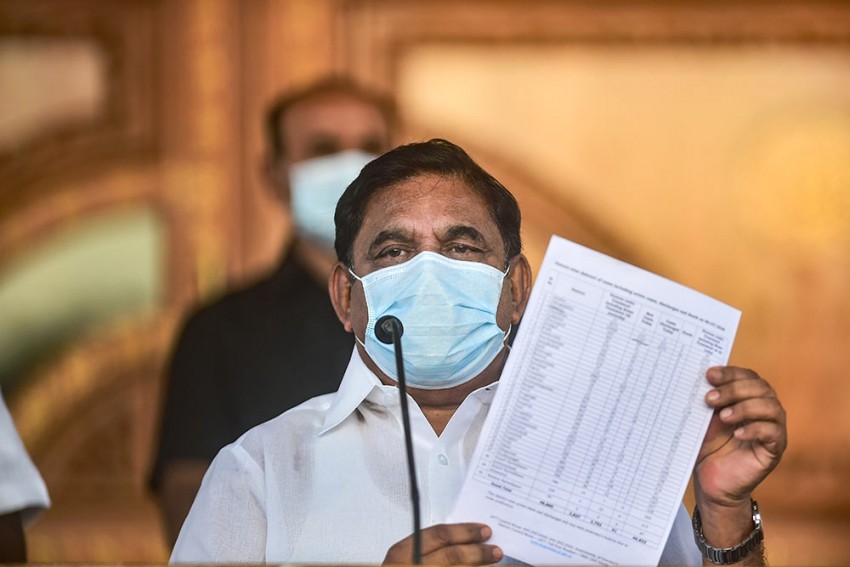 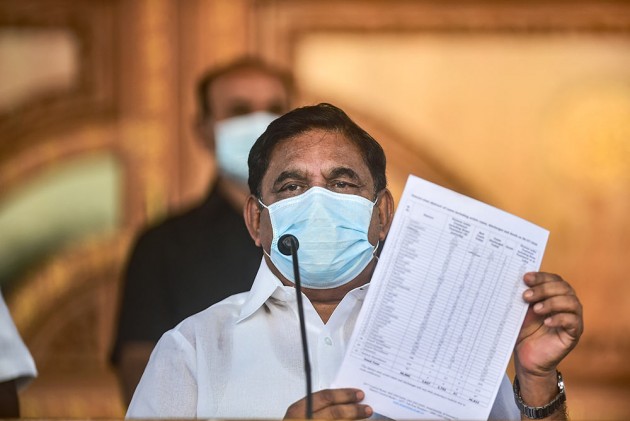 Tamil Nadu Chief Minister Edappadi K. Palaniswamy on Monday presided over the signing of eight MoUs that would bring in Rs10,399 crores in investment into the state and generate more than 13,000 jobs. It was yet another example of the Chief Minister keeping the wheels of administration moving, undaunted by the fact that his state might rank second in the list of coronavirus cases.

Palaniswami has not been deterred by the fact that four of his ministers, who were infected by the virus, have just come out of hospital. When officials advised the Chief Minister to curb his public appearances and travel, EPS assured them that he was healthy and was taking the necessary precautions. “Corona cannot paralyse the other work of the government,” he had told the state’s Chief Secretary K. Shanmugam during a meeting.

Being true to his words, he has already toured half a dozen districts inaugurating various development projects. “Palaniswami understands the need to be seen active ahead of an election year. Many government projects involving connectivity are at different stages of completion in spite of the lockdown. He wants them to be operational before the May 2021 assembly elections. By visiting the districts and reviewing their progress, he sends the message that government work has not suffered due to the pandemic,” said a senior official of the CMO.

Similarly on the investment front, he has been showing a keen interest to get many international and Indian companies to invest in the state notwithstanding the corona impacted slowdown. The result could be seen as Tamil Nadu emerged as the top investment destination during the first quarter of this financial year, which coincided with the lockdown. Between April and June, 2020, the TN government signed 17 MoUs involving investment of Rs18,236 crores - the highest in the country. Maharashatra came second with an investment of Rs. 11,228 crores.

“Palaniswami is confident that by the time elections happen in May, there would be a vaccine and corona would most likely fade away into the background. Only the performance of the government in creating jobs, improving the economy and carrying out development work will be judged by the voters. So he wants to prove that he is on his toes without being confined to his home or office,” pointed out S. Ramesh of ‘Thuglak’ magazine.

The Chief Minister was tested for corona after one of his office secretaries succumbed to the virus. And after every tour of the district he gets tested. He sticks to his morning walks, breathing exercises and the regular intake of “kabasurakudineer” – a Siddha formulation known to improve immunity. It helps that he does not have BP or diabetes.

Palaniswami also remembers how the administration had suffered during the last two years of Jayalalithaa’s rule due to her illness and inaccessibility. “Keeping that in mind, top officials have been instructed to call him at all hours in case of any unfolding emergency. He does not want a repeat of the December 2015 Chennai floods, when officials could not get through to the CM Jayalalithaa,” recalled a senior officer.