Scrapping Laws Due To Protests Will Put Democracy In Danger: Minister Ramdas Athawale

The farmers have been misled and instigated, and should accept Centre's compromised formula, he says 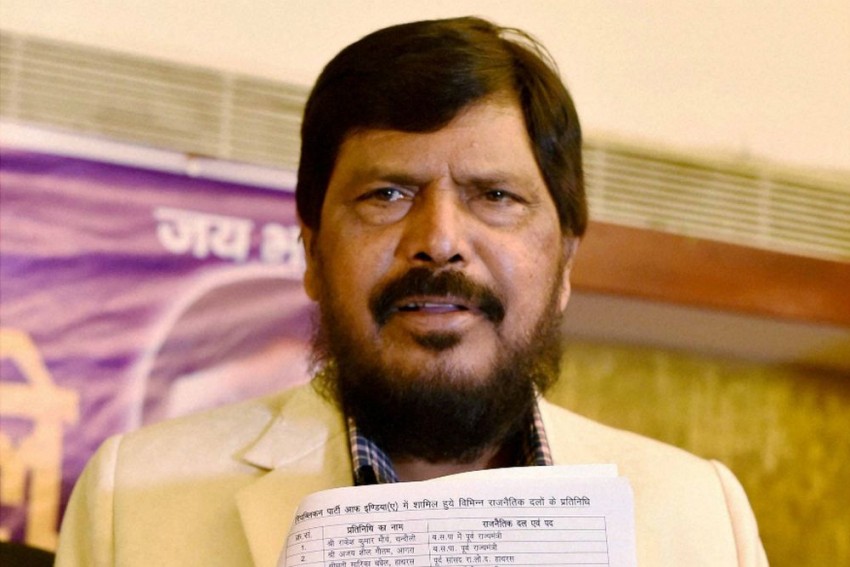 Union minister Ramdas Athawale on Monday said if the Centre starts withdrawing laws passed in Parliament bowing to protests, then the parliamentary democracy and the Constitution "would be in danger".

Talking to reporters here, Athawale, whose Republican Party of India(A) is a constituent of the NDA, also expressed confidence that the BJP will win more than 200 seats in the forthcoming West Bengal Assembly elections and form the next government in that state.

To a question on the ongoing farmers' protest at Delhi borders over their demand for a repeal of the Centre's three new farm laws, Athawale said the demand is "illegitimate".

"The law has been passed by majority in Parliament. If such laws are withdrawn because there are protests against it, then it would be a precedent for every law passed on the floor of the House, which will put the Constitution and parliamentary democracy in danger," he said.

Athawale said farmers should accept the compromise formula suggested by the central government.

"Prime Minister Narendra Modi, while addressing farmers in Madhya Pradesh recently, said there will be no impact on the Minimum Support Price and Agricultural Produce Market Committees due to the new laws," he said.

The PM has also ruled out any coercive measures to take away land of farmers, as is being projected by the protesters, he said.

The minister said farmers have the right to seek clarification over the farm laws from the central government.

"But, in this case (current agitation), I feel the farmers have been misled and instigated," he claimed.

"The farmers are on roads bearing the cold winter for 25 days. They should withdraw the protest and accept the compromise formula. The government is ready for discussion," he added.

Athawale also said that the BJP will win more than 200 seats in the forthcoming West Bengal Assembly polls. "The party will form the next government there," he claimed.

The Union Minister of State for Social Justice was speaking after meeting Goa Chief Minister Pramod Sawant. Both the leaders discussed issues related to the Scheduled Caste (SC) population in the coastal state.

"The RPI(A) has a good presence in West Bengal. There is 36 per cent SC population in the state. We would be asking for four to five seats in West Bengal polls with the BJP. I will discuss the issue with BJP president J P Nadda and Union Home Minister Amit Shah," Athawale said.

He claimed Amit Shah''s recent visit to West Bengal has proved that the days of Chief Minister Mamata Banerjee''s government are numbered.

Mamata Benerjee is "getting baffled", which reflects in acts like the recent attack on Nadda''s convoy in West Bengal, the Union minister said.

Athawale also claimed that the Uddhav Thackeray-led Maharashtra government, comprising the Shiv Sena, NCP and Congress, "will collapse on its own and will not complete two years of its tenure, in the wake of the internal differences within the coalition".

"We are not interested in destabilising the Maharashtra government. But, if the government collapses on its own, we (NDA) will form the government as we have 117 MLAs in the state," the RPI(A) leader said.