The woman was part of the team led by gender rights activist Trupti Desai. 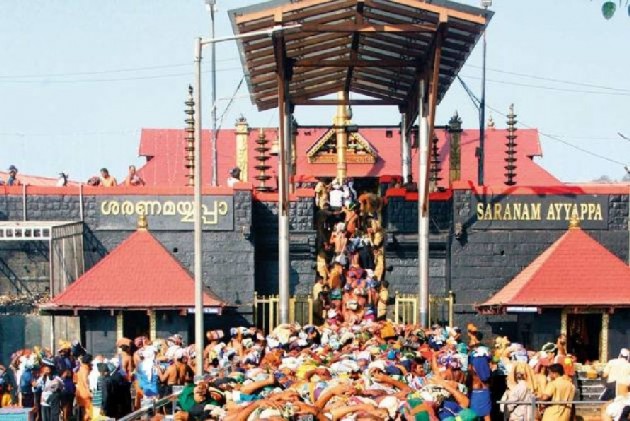 A woman activist, who was part of a team headed for Sabarimala to offer prayers, was attacked with chilli powder while she was on her way to Lord Ayyappa shrine.

Bindu Ammini was attacked by the member of a Hindu outfit outside Kochi commissioner's office.

The attacker, identified as Srinath Padmanabhan, was taken into custody, police said.

A large number of Ayyappa devotees gathered outside the commissioner's office and protested against Desai and other activists.

Desai reached Kochi on Tuesday to proceed to Sabarimala to offer prayers at the Lord Ayyappa shrine.

Desai and a few other activists who landed at the Kochi International Airport early Tuesday were taken to Kochi city police commissionerate.

She said they preferred November 26 to visit the shrine as it was the Constitution Day.

She said she has come up with the 2018 order of the Supreme Court permitting entry of women of all age groups into the Lord Ayyappa temple in Sabarimala.

"I will leave Kerala only after offering prayers at the shrine," the activist said.

The Pune-based Desai had made an unsuccessful attempt to enter the temple in November last year, weeks after the Supreme Court lifted the ban that prevented women and girls between the age of 10 and 50 from entering the famous shrine.