Woman Going To Wedding Leaves Bag With Jewellery Worth 2.5 Lakh In Auto-Rickshaw

The woman was on way to a marriage function on December 11 when she forgot her bag. 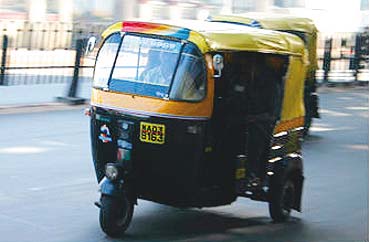 A woman in Maharashtra left a bag containing valuables worth Rs 2.5 lakh in an auto-rickshaw which was recovered by the state police a month later.

The woman was on way to a marriage function on December 11 when she forgot her bag, containing jewellery and clothes, in the vehicle in Bhayander town of Thane.

The police checked the CCTV footage of the area and identified the auto-rickshaw.

They also learnt that the vehicle's driver recently went to his native village in Uttar Pradesh and came back on January 11, a release from the Mira-Bhayander Vasai-Virar police commissionerate said.

The police apprehended the driver and took him to his native place from where the valuables were recovered on Friday, the release said.

A non-cognisable offence was registered against the driver under Indian Penal Code Section 403 (dishonest misappropriation of property), the police added.