The firing and shelling from across the border in Shahpur and Kirni sectors was retaliated by the Indian army. 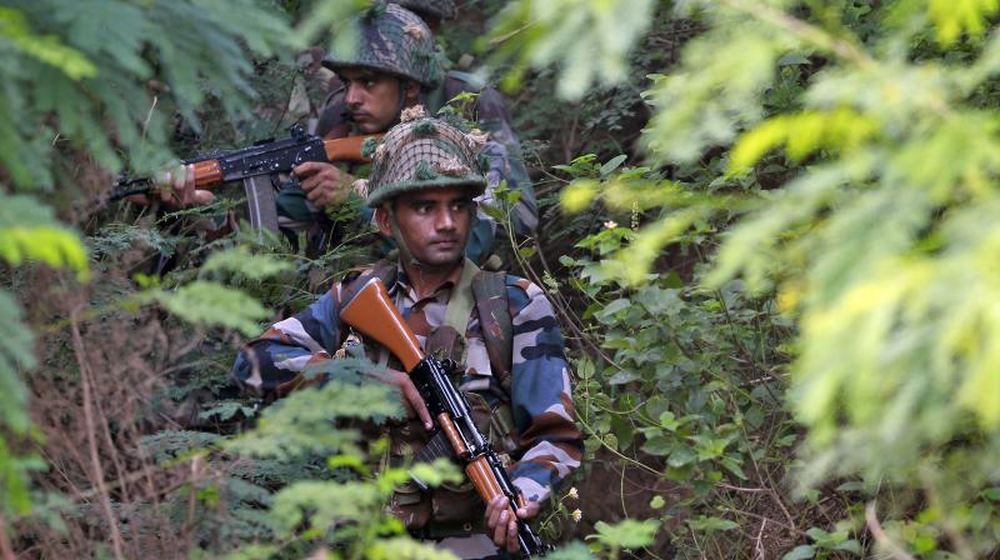 Two civilians -- a 35-year-old woman and a 16-year-old boy -- were killed and nine others injured on Tuesday when Pakistan army heavily shelled forward posts and villages along the Line of Control (LoC) in Jammu and Kashmir's Poonch district, officials said.

The firing and shelling from across the border in Shahpur and Kirni sectors was retaliated by the Indian army, a defence spokesman said.

"At about 2.30 pm, Pakistan initiated unprovoked ceasefire violation by firing of small arms and shelling with mortars in the two sectors. The Indian army is retaliating befittingly," he said.

A police officer said two civilians -- Gulnaz Akhtar and Shoib Ahmad -- were killed and nine others including two women and a minor boy were injured in the Pakistani shelling in Shahpur sector.

With the latest deaths, the number of those killed in Pakistani shelling and firing along the LoC and the International Border (IB) this year has gone up to 32.

There have been nearly 3,000 ceasefire violations by Pakistan along the LoC and the IB, including 950 post abrogation of Article 370 provisions on August 5, this year, the officials said.

Meanwhile, a man from a Pakistan-Occupied-Kashmir village was nabbed after he infiltrated from across the LoC in Nowshera sector of Rajouri district, a police officer said.

Senior Superintendent of Police, Rajouri, Yougal Manhas said Army troops guarding the LoC noticed a man who was trying to sneak into the Indian territory in an area of Nowshera sector. The man was challenged and then nabbed, he said. The incident took place in the afternoon, Manhas added.

During the initial investigation, the man was identified as Tariq Mahmood, a resident of Chai Nalla village of Samahani Tehsil in Bhimber district of PoK, Manhas said.

The cognisance of the matter has been taken under relevant sections of law and the accused is being questioned, he said.

The SSP said no weapon or incriminating material was recovered from the intruder.