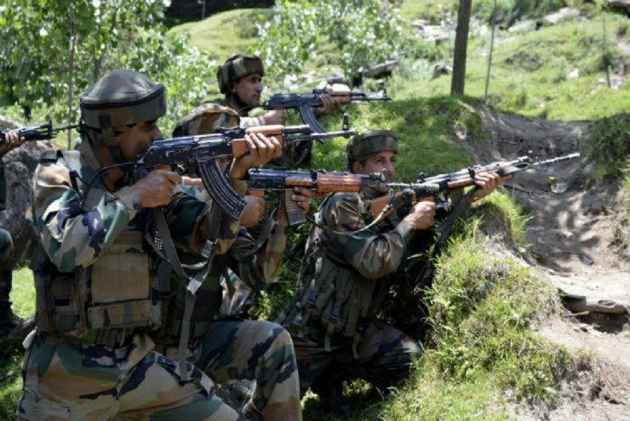 A 24-year-old woman was killed on Tuesday in heavy shelling by the Pakistan Army, targeting villages along the Line of Control (LoC) in Jammu and Kashmir's Poonch district, officials said.

He said four buffaloes also perished in the Pakistani shelling on forward villages and posts since the morning.

Earlier, a defence spokesperson said the Pakistan Army violated the ceasefire by resorting to small-arms firing and mortar shelling in the Qasba and Kirni sectors of Poonch around 9.30 am.

The Indian Army retaliated effectively to silence the Pakistani guns, but the casualties suffered by the other side were not known immediately, he said.

Most of the people stayed indoors, the official said, adding that Akhtar was hit by splinters after a mortar shell landed near her.

Several houses suffered damages in the cross-border shelling, he said.

A heavy exchange of fire was going on when the last reports were received, the official added.

The death of the woman raised the number of fatalities in Pakistani firing along the LoC in the past four days to three. Earlier, two Army jawans were killed in two separate incidents of ceasefire violation in the Nowshera sector of Rajouri district and the Uri sector in Baramulla district on Friday and Sunday respectively.