Last week, a Goa session court acquitted noted journalist Tarun Tejpal of all sexual assault charges levelled against him by his former colleague in connection with a 2013 case 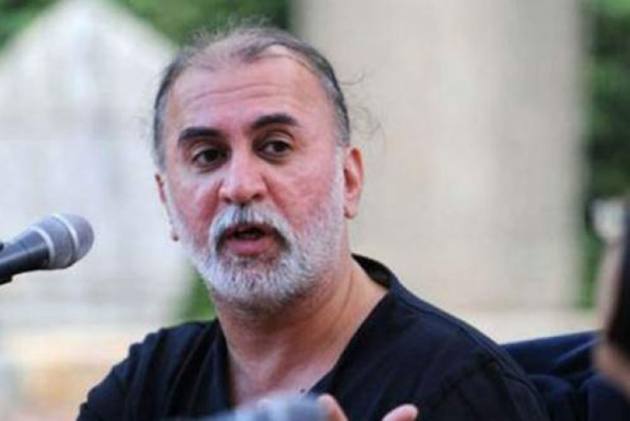 Noting that there was no evidence to support the sexual assault allegations levelled by a woman journalist against former Tehelka editor-in-chief Tarun Tejpal, a Goa sessions court acquitted him by giving him the benefit of doubt.

The order copy of the May 21 court verdict in the November 2013 case was made available on Tuesday.

Tejpal was accused of sexually assaulting a former colleague inside the elevator of a luxury hotel in Goa in 2013.

Tarun Tejpal’s Acquittal Has Made It Harder For Women To Fight For Justice: IWPC

The Goa police registered an FIR against Tejpal in November 2013 following which he was arrested. He then received bail on May 2014.

He faced trial under IPC sections 341 (wrongful restraint), 342 (wrongful confinement), 354 (assault or criminal force with intent to outrage modesty), 354-A (sexual harassment), 354-B (assault or use of criminal force to woman with intent to disrobe), 376(2)(f) (person in a position of authority over women, committing rape) and 376(2)(k) (rape by a person in a position of control).

Judge Kshama Joshi, in her detailed written order, has said that “upon considering evidences on record, benefit of doubt is given to the accused because there is no corroborative evidence supporting the allegations made by the complainant girl.”

In the 500-page order, the court has observed that the Investigating Officer or IO (Crime Branch officer Sunita Sawant) did not conduct investigation on vital points of the eight-year-old case.

Rejecting the assertion that the victim was traumatised, the court has said some of the WhatsApp messages of the woman show she was not traumatised as claimed and had plans to stay in Goa after the official event (organised by the magazine) where the alleged crime was committed.

The judge observed that the complainant has made many conflicting statements. “There are many evidences on record which create doubt on the truthfulness of the complainant girl,” the court said.

Pointing out loopholes in the probe, the judge said it is the fundamental right of the accused to have a fair investigation but the IO has committed omission and commission while conducting the investigation.

The judge has said the Investigating Officer destroyed crucial piece of evidence in terms of CCTV footage of the 1st floor of 7th block of the hotel, which was clear proof of innocence of the accused.

“Sunita Sawant being the (initial) complainant (Goa police took suo motu cognisance of the allegations) can not be Investigation Officer in the case but she did not move any proposal to her superiors to hand over the investigation to other officer,” the court noted.

The court has not ruled out the possibility of tampering with some CCTV footage inside the hotel.

The judge said the Investigating Officer did not verify the operation and functioning of the lift panel of block 7 (of the hotel) to prove that opening of lift can be stopped or not.

“IO did not investigate whether the lift can be prevented from opening or can be kept in circuit by pressing a button as alleged by the complainant girl,” the court said.

“The IO did not investigate the fact that there is an incoming phone and an emergency stop button to use in the emergency situation,” the judge has further said.

The order has said the CCTV footage indicates that the lift in fact opened twice on the ground floor whereas the woman claimed the lift did not open at all.

“The IO has admitted that there is contradiction between CCTV footage and statement of the complainant girl, yet IO did not record supplementary statement,” the trial court said.

“It is crucial to note that the contradictions are often so glaring that the exact opposite of what the complainant girl is claiming yet IO did not question the complainant girl. It is settled proposition that acquittal of the accused can not result due to defects in the investigation, the evidences have to be scrutinised independently," the judge said

The court said the prosecution has failed to discharge the burden proving the guilt of the accused beyond reasonable doubt.

Earlier on Tuesday, the Goa government challenged the acquittal order in the Bombay High Court.