Jammu and Kashmir National Conference said the delimitation commission is a product of the J&K Reorganization Act 2019, which the party is challenging in and outside the Supreme Court. 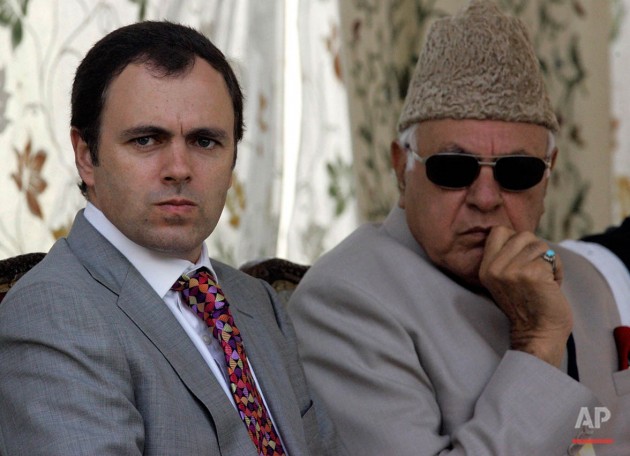 In a first major political decision after the abrogation of Article 370, the Jammu and Kashmir National Conference on Friday rejected the process of setting up of a Delimitation Commission by the Centre for redrawing parliamentary and assembly constituencies in the Union Territory.

The Grand Old Party of J&K said its MPs will not participate in the exercise as the party is unwilling to accept the events that unfolded post August 5 last year.

Normally, members of the Assembly are nominated as associate members but as the union territory of Jammu and Kashmir has no legislative assembly at present, the Commission asked for nomination of the MPs. Five Members of Parliament including former J&K CM Farooq Abdullah, Union Minister Jitendra Singh, Jugal Kishore Sharma from BJP, Hasnain Masoodi and Mohammad Akbar Lone from NC were nominated as the delimitation panel’s associate members from Jammu and Kashmir.

On March 6, 2020 the centre had constituted the delimitation commission headed by former Supreme Court judge Ranjana Prakash Desai. The panel will primarily be responsible for redrawing Lok Sabha and assembly constituencies of the union territory of Jammu and Kashmir and the north-eastern states of Assam, Arunachal Pradesh, Manipur and Nagaland.

The newly formed Union Territory of J&K will be the only region in the country to undergo a delimitation exercise based on the population figures recorded in the 2011 census under a provision of J&K Reorganisation Act, 2019 passed by Parliament in August 2019, downgrading and bifurcating the State of J&K into two Union Territories – J&K (with a legislature) and Ladakh (without legislature). The J&K Assembly was dissolved in November 2018 and the region is under the President’s rule since then. The elections will be held in J&K after the Delimitation Commission completes its exercise.

Justifying its stance against establishing the Delimitation Commission for J&K, Justice Masoodi argued that he is petitioner against the government’s decision to revoke Article 370 and Article 35-A of the Constitution. “The Supreme Court prima facie found merit in my case. That is why the Supreme Court has referred the case to a bench of five judges, a constitutional bench. Though my petition was resisted by the Attorney General and the Solicitor General saying that the petition has fallout at the international level, the SC ignored it and referred it to a bench of five judge bench. It means the SC is satisfied that constitutional question is involved,” Masoodi said.

“The government shouldn’t have gone ahead with the Delimitation Commission for J&K. It should have waited for outcome of the petition before the Supreme Court. That is mandate of the constitutional propriety,” he added.

“Once the highest constitutional court of the country is seized of the matter and has decided to examine the constitutionality of the whole exercise including J&K Reorganisation Act, orders of abrogating Articles 370 and 35A, the government should have waited for the Supreme Court’s decision.

“See for example the Court tomorrow says your stand is right and we strike down J&K Reorganisation Act, with it our constitution, Constitution of Jammu and Kashmir is revived. And J&K Constitution prohibits the delimitation till 2026,” Masoodi says. “So there will be no delimitation at all,” he added.

“Whatever I say, it upholds the dignity of the Constitution of India. It is not beyond its preview and ambit. When we ask to strike down J&K Reorganisation Act, we say it because it doesn’t satisfy the spirit of the Constitution.”