World Press Freedom Day was proclaimed by the UN General Assembly in December 1993, following the recommendation of UNESCO's General Conference. 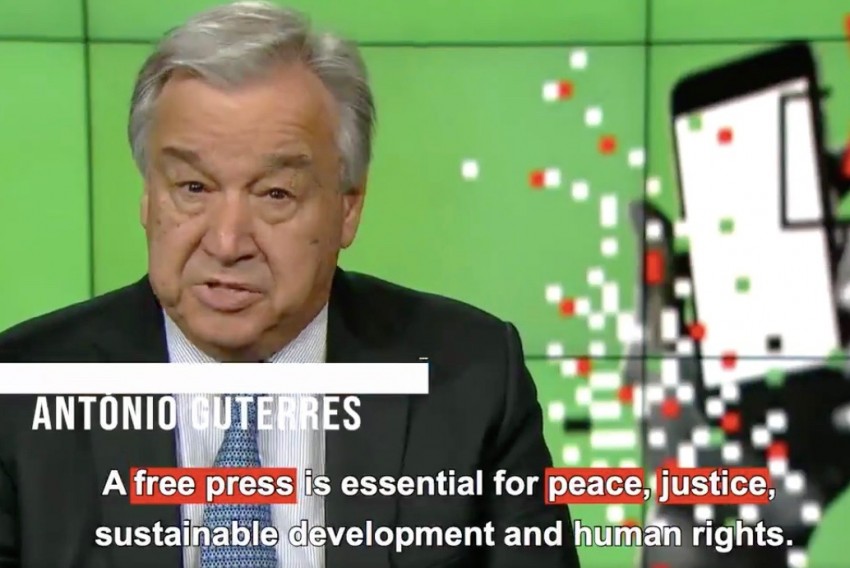 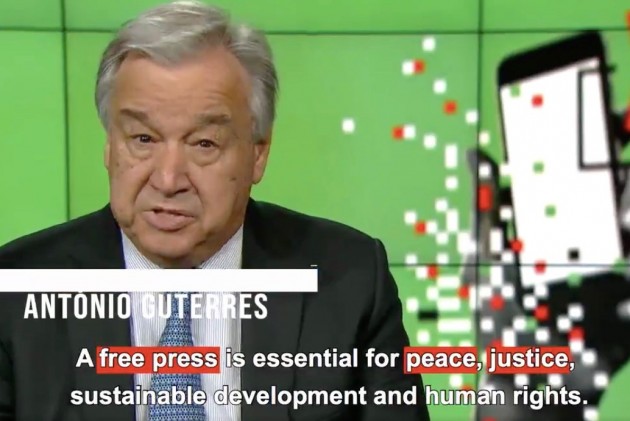 As World Press Freedom Day is celebrated today (May 3), the theme this year is apt for India, which is in the throes of a massive general election, ‘Media for Democracy: Journalism and Elections in Times of Disinformation’.

World Press Freedom Day is also a time to pay tribute to journalists who have to contend with many challenges to unearth hidden facts to present before society and play a crucial role as the fourth pillar, while also risking their lives in hostile situations.

World Press Freedom Day was proclaimed by the UN General Assembly in December 1993, following the recommendation of UNESCO's General Conference.

It is an opportunity to celebrate the fundamental principles of press freedom, assess the state of press freedom throughout the world, defend the media from attacks on their independence, and pay tribute to journalists who have lost their lives in the line of duty.

"According to UNESCO, almost 100 journalists were killed in 2018. Hundreds are imprisoned. When media workers are targeted, societies as a whole pay a price." António Guterres, UN Secretary General, on World Press Freedom Day 2019. #WorldPressFreedomDay #SouthSudan pic.twitter.com/JJzzWXSTBk

The murder last October of prominent Saudi journalist Jamal Khashoggi attracted global attention and was widely denounced. The arrest and jailing of WikiLeaks founder Julian Assange is possibly the worst blow to free press in the world.

The truth belongs to all of us. Protect our journalists. pic.twitter.com/J87FYhxpwp

India stands in the middle of seven-phased Lok Sabha elections, the biggest democratic exercise in the world, where over 8,000 candidates are contesting for parliament from about 2,293 political parties, national and local. In this crucial time, balanced, unbiased reporting about the political parties, and candidates and their plus and minus points are very important to give a proper picture for those who will vote.

But, increasingly, instances of suppression of media and violence against journalists have shaken the fourth pillar of democracy in India, and elsewhere in the world too. Reporting on sensitive issues has become ever more challenging as “attacks against journalists by supporters of Prime Minister Narendra Modi increased in the run-up to general elections in the spring of 2019”.(Reporters Sans Frontiers)

According to the International Federation of Journalists (2018), a total of 97 journalists lost their lives across the world. While war-torn countries like Afghanistan, Mexico and Yemen topped the list of violence against journalists, India stands at fifth spot with at least six deaths of journalists reported in 2018. The killings were majorly attributed to factors like “increasing intolerance to independent reporting, populism, rampant corruption and crime as well as the breakdown of law and order afflicting countr(y) in so-called peace time”.

India dropped two positions, from 138 in 2018 to 140 in 2019 in the world press freedom ranking, compiled by Reporters Without Borders. The report says, “coordinated hate campaigns waged on social networks against journalists who dare to speak or write about subjects that aggravate Hindutva followers are alarming and include calls for the journalists concerned to be murdered.”

The killing of prominent Kashmiri journalist Shujaat Bukhari was perhaps the most shocking incident in 2018. Editor of Srinagar-based Rising Kashmir, Bukhari was shot dead by masked gunmen just as he was leaving his office in Jammu and Kashmir’s summer capital on June 14. Two police personnel assigned to protect him were also killed. Bukhari is reported to have expressed apprehensions of an attack on his life days before his assassination, according to his colleagues and friends.

The imprisonment of Manipur journalist Kishorechandra Wangkhem in December 2018 was also another telling instance of crackdown against journalists for expressing their opinion.

Reporters Without Borders says that its 2019 World Press Freedom Index shows “how hatred of journalists has degenerated into violence, contributing to an increase in fear. The number of countries regarded as safe, where journalists can work in complete security, continues to decline, while authoritarian regimes continue to tighten their grip on the media”.

“The RSF Index, which evaluates the state of journalism in 180 countries and territories every year, shows that an intense climate of fear has been triggered — one that is prejudicial to a safe reporting environment. The hostility towards journalists expressed by political leaders in many countries has incited increasingly serious and frequent acts of violence that have fuelled an unprecedented level of fear and danger for journalists.”

“If the political debate slides surreptitiously or openly towards a civil war-style atmosphere, in which journalists are treated as scapegoats, then democracy is in great danger,” RSF secretary-general Christophe Deloire said. “Halting this cycle of fear and intimidation is a matter of the utmost urgency for all people of good will who value the freedoms acquired in the course of history.”

Let’s take a look at some of the instances in India in 2019:

April 25, 2019: Reporter of Assam’s leading daily Dainik Asom attacked. Rajan Deka was attacked in the state’s Nalbari district while he was on his way home. Although the police claimed the attack was not related to his work, Scroll.in quoted Dainik Asom’s editor Munin Bayon, as claiming that there was a social media campaign against the reporter who had written a story on a clash between Congress and Bharatiya Janata Party workers that allegedly took place during a feast organised by the BJP at a local polling booth on April 24.

Manipur journalist Kishorechandra Wangkhem was arrested under the stringent National Security Act, for his social media posts criticizing the BJP and Prime Minister Narendra Modi. He was released days before the state went to polls in the first phase on April 11.

The editor of The Shillong Times Patricia Mukhim on March 8 was imposed with a fine of Rs 200,000 by the Shillong High Court in a contempt case for two of her articles published in December 2018, which dealt with the benefits to judges and family post-retirement. The Supreme Court, a week later, stayed and suspended the High Court’s order. Mukhim said, “I have full faith that judiciary will protect the freedom of press." after the apex court’s ruling.

In a mark of protest the two dailies printed blank front pages on March 10.

Suman Pandey, a journalist working with a digital portal ‘The Voices’, was assaulted by BJP party workers and local leaders in Chhattisgarh for covering a meeting to review the party’s defeat in the state assembly elections. Pandey was forced to delete the footage that included recording of a scuffle that broke out between the local leaders.

In another incident, six senior Kashmiri journalists were stopped from covering the Republic Day event in Srinagar on January 26 though they had been given passes for the event. The six were accredited with the state Information Department and some of them represented international media organizations. The police barred them from attending the event, citing “adverse” CID report.

Earlier in the year, four Kashmiri photojournalists were injured with shotgun pellets while covering an encounter in Shopian district.

The 26th celebration of World Press Freedom Day is jointly organized by UNESCO, African Union Commission and the Government of Ethiopia. The main event is being held at the African Union Headquarters at Addis Ababa.