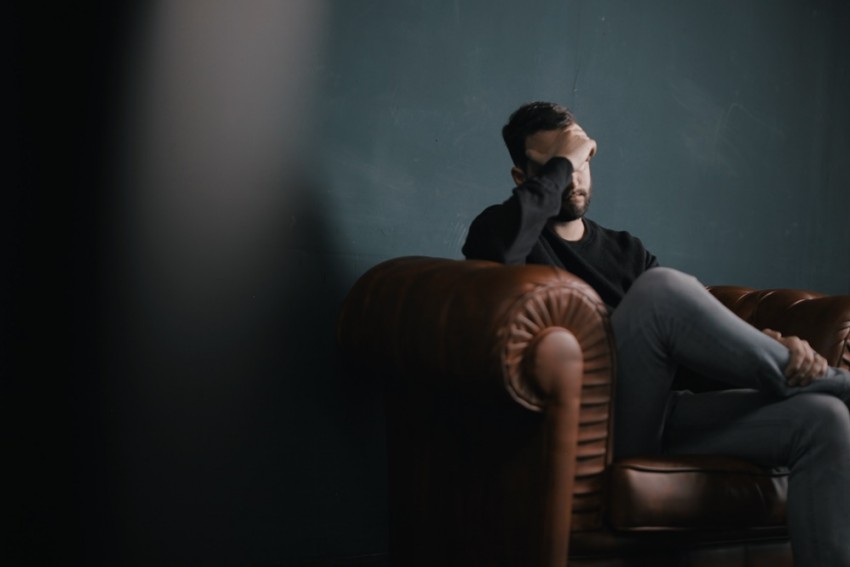 Every 40 seconds, someone loses their life to suicide. A study examining suicidal behaviour during India’s COVID-19 lockdown by the ‘International Journal of Mental Health Systems’ found a 67.7% increase in online news media reports of suicidal behaviour. In comparison with 2019, the suicides reported during the lockdown were by significantly older individuals, who were more likely to be between the ages of 31 and 50. There were also notable differences between the two years in terms of the methods used for suicides and attempted suicide. During the COVID-19-induced lockdown, more suicides were reported by hanging (64.4% vs 42%), fewer cases of poisoning (8.5% vs 21.5%) and fewer cases of jumping in front of a train (2% vs 9.4%).

World Suicide Prevention Day is an awareness day observed on September 10, every year, aimed at starting the conversation about suicide and to show that recovery is possible. Psychiatrist Dr Sameer Malhotra, Director and Head, Department of Mental Health and Behavioural Sciences, Max Super Speciality Hospital, Delhi says, “There is a definite rise in the cases of anxiety and depression seen across the population in the COVID pandemic particularly after the second wave as compared to the 1st wave. I have seen many people coming to terms with grief, having lost their family members followed by depression and significant anxiety. As per a study we conducted last year on a sample size of 1,069 individuals of the general population during the 1st wave of COVID, we found that 55 % of those who took part had significant anxiety symptoms and more than one-fourth of them were experiencing depressive symptoms. Nearly 27% of participants claimed they had considered self-harm or suicide at least once, while 3% indicated they had recurring thoughts. Even during COVID-lockdown, we received distress calls from patients and their families about issues of anxiety, depression, and self-harm. Even among youngsters, we are seeing a lack of sense of purpose and a rise in self-harming tendencies.”

Psychologist Dr Seema Hingorrany from Mumbai points out, “Mental health issues were always there, it has only worsened after the pandemic. Also, we have noticed that people are becoming more aware of their emotions and feelings due to lockdown. They seem to be more aware of how depression can affect their lives. Teens and children are really getting affected as they are not socially engaging with the world. Online activities are really not providing them with any motivation. Almost 75 per cent of kids have told me that their anxiety has translated into behavioural issues, anger and a host of other eating disorders.”

'Compassion Fatigue,’ The New Normal During Covid Times And Why We Don’t Cry Anymore!

International Youth Day: Here’s Why We Need To Talk About Mental Health

Youngsters and children have been stuck at home for more than a year. They have been deprived of real-time peer culture which is an important part of growing up. Playing and in-person interactions have been replaced by the screen and limited physical activity. Online bullying and negative influence of social media have been an area of concern. Many children are anxious and fearful about the situation and don’t know how to express themselves or what to expect. Having parents at home but not able to get much time with them has not helped either. There has been a rise in cases of domestic violence as well. Many children have reported physical abuse by their parents during the lockdown.

Anxiety, stress, depression has had a huge impact on the mental health of many during this pandemic. Talking about the rise of anxiety during the pandemic, Padma Rewari, Mumbai based psychotherapist says, “The change in life and the new norms added to the existing anxiety, fear, depression which may have led to the feeling of meaningless life thereby attempting suicide and ending one’s own life. Working or studying in the confinement of your home was a major challenge for many who imagined they did not have that much space, limited infrastructure to accommodate many under one roof leading to conflict situations. The fear evolved further when we saw our near and dear ones who lost their lives during the pandemic. But how it plays on someone’s subconscious mind is something to watch for. The fear of the unforeseen with new infections rising and the news emphasizing on the same all the time.”

Suicide cases or attempt to suicide has always been there, though the numbers or cases may not be reported all the time. Rewari points out, “In the current scenario people have lost their jobs, for children being confined at home with virtual learning and parents closely monitoring a teenager has been a cause of concern with the hormone playing on this teenager and no outlet due to various restrictions in the environment. Working from home in a tense atmosphere has also led to a lot of mental health issues in people and maybe suicide as the ultimatum. The dependency on alcohol and smoking too is a trigger if consumed without a balance or if in conditions of depression.”

The main trigger is the environment and lifestyle which is seen so much in the current generation. Too much digital information can be overwhelming. Meeting those standards watching the media and not being able to fulfil them has created the youth with anxiety, stress, depression. Rewari says, “The only positive change here is the youths today are aware they can seek help from professionals and are reaching out to counsellors directly. I think here the mental health organizations must attend a student free of cost or give a considerable discount so that reach out and we can prevent cases of suicide. There are a lot of online facilities where people who don’t feel up to it must call and take help.”

Experts say that often when we hear a near or dear sharing after the person has ended his or her life on saying that “he looked depressed, was quiet and not eating well, and was sharing that he tensed about something. These are symptoms and one must not neglect this thinking it to be a passing phase. These assumptions can prove wrong.

In India, discussing mental health is still taboo in many families. Physical health is overemphasized and mental health is ignored. Dr Sonal Anand, Psychiatrist, Wockhardt Hospital, Mumbai says, “Awareness about mental health and stress management are the two tools which can really change the situation. People need to make themselves aware of the signs and symptoms of depression and start communicating about emotional well-being. Children and youngsters should be encouraged to express their emotions and not be shushed all the time claiming it’s all in the head and one can just snap out of it. It must be emphasized that depression and suicidal behaviour are disorders and need to be treated.”

Dr Anand stresses the fact that family members are primary caregivers and can be the most important pillars in the prevention of suicide. She says, “Keep an eye on the troubled ones and if you feel someone in your family seems quite upset and is talking about suicide or death wish then it must be taken seriously. This warrants a consultation with a mental health professional. Family members should take care of each other and try to maintain a positive atmosphere and encourage two-way communication. Physical and mental health must become a priority. Doing Yoga together or meditation or some other activity to increase mental awareness should be followed.”

Today being conscious of mental wellness in families is important. Being sensitive to hearing out if someone in the family shows signs of anxiety or shares suicidal tendencies cannot be ignored for sure. Citing a case study Rewari says that there was this 16-year-old girl who kept sharing with her mother about not being able to sleep at night, panic attacks, feeling restless and that she felt anxious if she had to go out. The mother said it was just a phase and there was nothing wrong which led to the girl landing up with severe depression and wanting to end her life. The mother then realized that she needs to take professional help and the girl is now under medication. She states, “It’s very important to address the concerns immediately rather than wait for it to grow chronic.”

Creating awareness with the mass and creating positive channels where people can reach out to resources who specialize in mental health is the need of the hour. Involving the family and close friends in this by taking their support can be meaningful in helping the person overcome suicidal tendencies. The reasons and the causes may vary from person to person. Rewari adds, “One cannot rule out if there is a history of suicides in the family or mental health issues which may be a possible trigger.”

Family members need to immediately take help if anyone in the family is talking about self-harm or thoughts about killing themselves. Don’t ever tell them that it’s an attention seeking drama. The person must be having chronic depression that needs to be attended to immediately. Keeping helpline numbers available is very important. Therapeutic interventions like CBT (Cognitive Behavioural Therapy) have contributed in helping in overcoming suicidal tendencies.