Would Have Been No Need Of Surgical Strikes If Sadhvi Cursed Masood Azhar: Digvijaya Singh

Congress leader Digvijaya Singh said, 'there would have been no need of surgical strikes if she had cursed Pakistan based terror outfit Jaish-e-Mohammad chief Masood Azhar'. 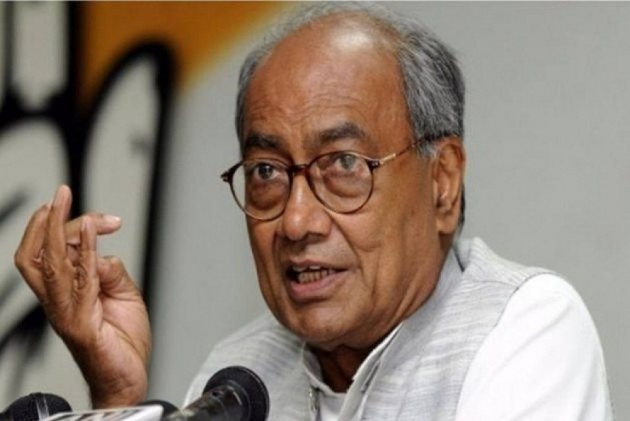 Senior Congress leader Digvijaya Singh on Saturday took a swipe at opponent and BJP candidate Sadhvi Pragya Singh Thakur stating that there would have been no need of surgical strikes if she had cursed Pakistan based terror outfit Jaish-e-Mohammad chief Masood Azhar.

Addressing an election rally in Bhopal at Ashoka Gardens, Singh said: "Thakur says she had cursed ATS chief Hemant Karkare, who had given supreme sacrifice for the country and is considered a martyr. There would have been no need of surgical strikes if she had cursed Pakistan based terror outfit Jaish-e-Mohammad chief Masood Azhar."

Taking on Prime Minister Narendra Modi, the senior Congress leader said: "Prime Minister had said that terrorists were hunted even when they were hiding in hell. But I want to ask him where was he when Pulwama, Pathankot and Uri attacks happened in the country. Why we were not able to get rid of such attacks?"

Digvijaya Singh further said that Hindu-Muslim-Sikh-Christians are brothers. "These people say Hindus should get united as they are in danger. I want to tell them that this country was ruled by Muslims for 500 years. No harm was done to any religion. Be careful to those people who sell religion."

"In our religion, we say "Har Har Mahadev" but our religious sentiments have been hurt by the BJP as they say Har Har Modi. We all know whose photo will appear on the screen if we type 'feku' (liar) on Google," he added.

Continuing his tirade against the BJP, Singh said: "Mama got scared when my candidature from Bhopal was announced. Uma Bharti refused to contest, Gaur said he is not well. However, just a day before the last date of filing nomination, they announced the candidature of Pragya Thakur from Bhopal."

Voting in Bhopal will take place on May 12. The counting of votes will be held on May 23. (ANI)