Home  »  Website  »  National  »  'I Don't Know My Relatives': 3 Kashmiris, Acquitted After 23 Years In Jail, Are Now Strangers In Their Own Home

'I Don't Know My Relatives': 3 Kashmiris, Acquitted After 23 Years In Jail, Are Now Strangers In Their Own Home 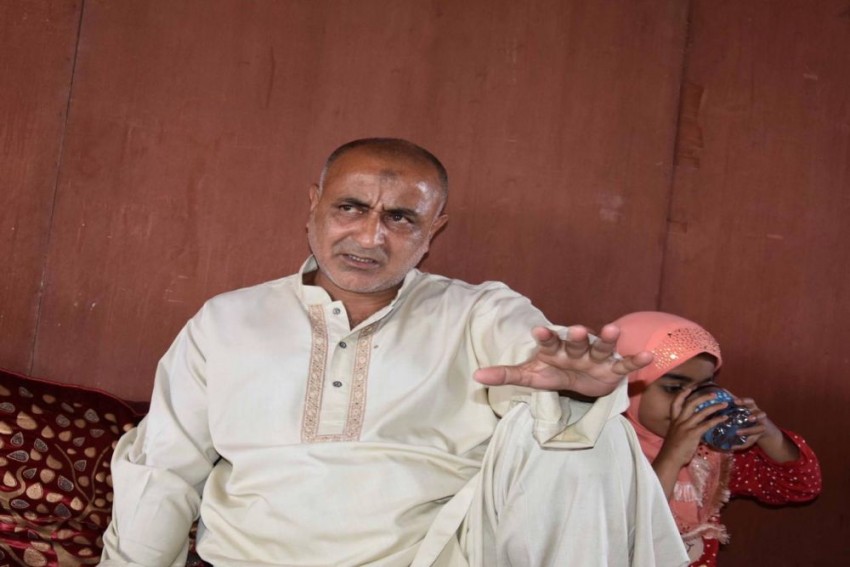 Mohammad Ali Bhat at his residence in Srinagar, Jammu and Kashmir.
Naseer Ganai July 27, 2019 00:00 IST 'I Don't Know My Relatives': 3 Kashmiris, Acquitted After 23 Years In Jail, Are Now Strangers In Their Own Home 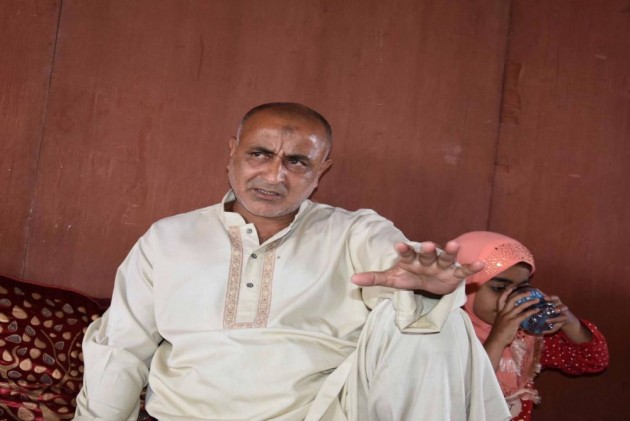 Twenty-five-year-old Mohammad Ali Bhat, along with his brother, was engaged in shawl and carpet business in Nepal when Delhi police's special cell picked him in 1996. Police records, however, showed him as being arrested from Gorakhpur border.

In 1996, 14 people were killed and 39 sustained injuries in a blast at the Lajpat Nagar Market and 14 died and scores of others were injured in a blast carried out on a Rajasthan State Transport Corporation (RSTC) bus in the Samleti village. Bhat was named an accused in both cases.

He was brought to Delhi and was named an accused in Lajpat Nagar blast case, and from Delhi, he was taken to Jaipur where he was accused of being involved in Samleti blast case.

Rayees Beg (56), who is from Uttar Pradesh's Agra, was also exonerated in the same case. Khan is, however, still in Tihar Jail, facing trial in the Lajpat Nagar blast case.

The world around Bhat, Hussain and Waja had changed completely when they stepped out of the Jaipur jail this past Monday, for they had spent the last 23 years behind bars.

Bhat says he didn't have an inkling that despite being innocent, it would take over two decades for him to return home only to see that his parents were no more. He immediately rushed to the graveyard and wailed at his parents' graves. Bhat's father Sher Ali Bhat passed away in 2015, and his mother in 2002.

At Bhat's residence in Hassanabad area of Rainwari, scores of people are visiting and asking him if he remembered their names. A man enters the house and insists Bhat tell his name because the two had met before.

Bhat fails. “I have spent some years in Tihar with you. I was also an accused and later acquitted,” the man said and they hugged each other again.

"I remember writing my first letter from prison on a piece of kite paper with a broken pencil an inmate lent me," Bhat says. The letter reached home, but his attempts to communicate with his family failed after that.

The jail authorities, he says, “would scrutinise his letters and keep with themselves.”

"Today, my nephews and nieces say that they will get me a mobile phone," he chuckles.

Speaking of the slow judicial process in the country, Bhat says had the proceedings in his case been brisk, he would be out within a year. "Nobody was willing to end the case, it seems," he rues, adding, "everyone just wanted it to drag on."

At a 10-minute drive from Bhat's is Fehtah Kadal in Srinagar where Latief Ahmad Waja is sitting at home oblivious to the relatives visiting him. Every time someone comes in, Waja looks at his mother, indicating she introduce them to him. Waja was barely 19 when Delhi police picked him from Nepal, brought him to Delhi and showed in records that he was arrested from a hotel in Uttarakhand's Missouri.

“I had resigned to my fate. I knew Rajesh, Rakesh and my jail mates. I knew Muna Bajrangi in jail. His sister would tie rakhi to me. I don’t know my relatives,” he says.

Besides Samleti and Lajpat Nagar blasts, he was an accused in Ahmedabad and Rajasthan stadium blast cases too. After his arrest, Waja says a Gujarat police officer's questions irked him so much that he refused to answer them.

“I told the officer I knew nothing about these cases which made him angry. He said he will ensure that I am framed in the case and that he will bring me to Ahmedabad," he said.

Waja adds that when he was shifted to Rajasthan jail from Tihar, they handed him to Gujarat police. "I was framed under section 121 and 122 A in Ahmedabad case,” he adds. “I was acquitted of charges a year later."

Waja claims he was a good cricketer and was selected in Nepal cricket team. "In Tihar, I would play cricket with jail mates,” he says.

In 2005, Waja's father visited him and couldn't bear the pain after seeing his son behind bars. He returned home, fell ill and passed away.

“I was told after a month by my cousins and my younger brother about his death,” he says.

According to Waja, the hate against Kashmiris has increased even inside jails. "After the Pulwama attack on Indian security forces on February 14, Kashmiris, including myself, were beaten up in jail," he says.

A stone's throw from Waja's house lives Mirza Nisar, who was just 17 when he was put in jail. Nisar says his acquittal in the case is nothing short of a dream. "I have had nightmares for the past few years involving ward number 10," he says. "I couldn't even sleep in bed when my family asked me to."

Bhat, Waja and Nisar say the lawyers, judges and even investigating officers in the case knew they were innocent but the cases were intentionally dragged on and on.

“I remember even an investigation officer of senior rank telling the sessions court in Rajasthan that these Kashmiris had nothing to do with these cases, and there was no evidence against them,” Waja said.