Poll strategist Prashant Kishor’s successes can largely be attributed to a ‘stalemate in the Indian political scene.’ 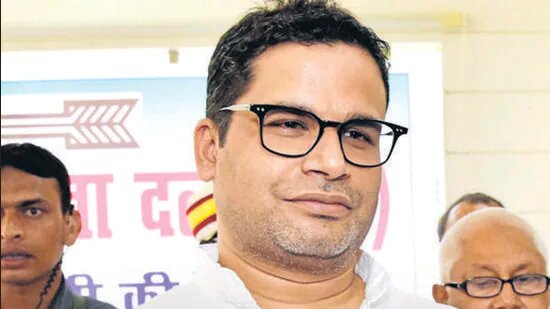 The year 2020 ended for Prashant Kishor with his rather bold political prediction on the hyped West Bengal assembly election creating repercussions across the country’s political circles. He put his reputation and brand value at stake, when he wrote on Twitter, on December 21 last year, “For all the hype AMPLIFIED by a section of supportive media, in reality BJP will struggle to CROSS DOUBLE DIGITS in #WestBengal. PS: Please save this tweet and if BJP does any better I must quit this space!”

The tweet was shared 23,000 times and made headlines in almost all major media outlets in the country, all the more so because the Bengal elections were being considered a largely unpredictable case where anything could happen.

As his career as a professional political strategist completes a decade in December 2021, Kishor is India’s most sought-after name of his variety. Not only has his prediction gone right, but he is effectively leading the TMC’s charge of engineering defections in other opposition parties, especially Congress, and also the BJP where there is a possibility.

The man known to be the main person behind the creation of a ‘Modi wave’ ahead of the 2014 Lok Sabha elections has now sent the vibrations of a ‘Mamata wave’ to different parts of the country. In 2021, he has doubtlessly established himself as a person whom all political parties should take seriously.

According to columnist Ajay Gudavarthy, an associate professor at the Centre for Political Studies at Jawaharlal Nehru University, Kishor’s successes can largely be attributed to a ‘stalemate in the Indian political scene.’ Even in the 1980s, national and regional parties had strong issues demarcating one from the other, a trend that has gone missing, he said.

“The Congress made neoliberal economic policies a norm, the BJP set cultural nationalism as the social agenda and the regional parties are all following transactional welfarism, with one party replicating the other’s policy. In such a scenario, the branding of leaders' image, marketing of policies and the micro management that Kishor’s organisation does have come useful for parties in claiming a difference,” Gudavarthy said.

He added that Kishor’s organisation’s most important contribution has been in bridging the gap between a party’s top leadership and local leaders. He described their work as ‘depoliticised micromanagement through symbolic interventions on localised issues.’

“Because of the hierarchical work culture and autocratic tendencies of political leaders, the grassroots-level organisers often dare not report the real scenario on ground to the top leaders. This creates an information gap, which Kishor’s organisation bridges with objective, neutral and localised feedback,” he said.

Kishor is not the first person to professionalise election management and strategising. Among others, Bihar-based Janata Dal (United) leader KC Tyagi’s son, Amrish Tyagi, had been working with politicians from the different spectrums, involving the methodologies of the survey at ground level and analysis of data and political behaviour, for over two decades.

Tyagi had even tried to get the British political strategy firm Cambridge Analytica involved in Indian elections around 2010-11. That plan did not materialise. By the end of 2011, Kishor had entered the scene, starting to work pro bono with Gujarat chief minister Narendra Modi.

In the next 10 years, Kishor has taken professional political strategising to a different level, having outgrown whoever preceded him in this field, especially since successfully managing Modi’s campaign for the 2014 Lok Sabha elections.

The small organisation that he launched, Association of Citizens for Accountable Governance in 2013, has grown into the Indian-Political Action Committee (I-PAC), a name known to every political party. It has worked with many of India’s major political parties in different parts of the country, often simultaneously – the Congress in Uttar Pradesh (2017) and Punjab (2017), the Aam Aadmi Party in Delhi (2019), the Janata Dal (United) in Bihar (2015), the Shiv Sena is Maharashtra (2019), the Dravida Munnetra Kazhagam in Tamil Nadu (2021), the YSR Congress in Andhra Pradesh (2021) and the Trinamool Congress in West Bengal (2019 onwards), Tripura, Meghalaya and Goa (from 2021). So far, Uttar Pradesh for Congress has been his only failure.

The association with the TMC has seen the deepest and widest involvement, as the party used the I-PAC not only for devising electoral strategies and perception building activities but also for its own organisational consolidation, restructuring and expansion. His association with the party has grown so deep that the TMC recently issued a prompt denial when some media reports spoke of an alleged rift between Mamata Banerjee and Kishor over the latter supposedly drawing more credit and limelight for the TMC's recent poaching successes in Meghalaya and Goa.

"There is absolutely NO MERIT in the hugely speculative & unsubstantiated reporting regarding the difference of opinion or working relationship between TMC and @IndianPAC. Under the leadership of @MamataOfficial, we work as one team and will continue to collaborate in the future." the party tweeted.

With the TMC, they have an agreement till the 2026 Bengal Assembly elections.

His career, too, has transformed meanwhile. He took on Modi-Shah in the 2017 Uttar Pradesh campaign and has since then been working mostly with India’s opposition parties. He opened a Twitter account in 2018 and describes himself as a ‘humanist, egalitarian and nonconformist’ who believes ‘in the wisdom of crowd’ and reveres Mahatma Gandhi. From more of a backroom role, he started giving a lot of media interviews, opining on a range of socio-political and economic issues. His position as a close aide of Bihar chief minister Nitish Kumar and stint as JD(U) national vice-president ended in 2020 following a rift with Kumar. Recently, there was a great deal of speculation in the media over the possibility of Kishor joining the Congress but the talks broke down after several rounds of meetings between the Gandhis and Kishor.

He has a known rift with Amit Shah and, since the TMC’s Bengal election victory in 2021, Kishor has repeatedly downrated the Union home minister’s poll strategising prowesses. Towards the end of the year, he has also taken apparent digs at Congress’ Rahul Gandhi, when he wrote in a tweet, on December 2, “Congress’ leadership is not the DIVINE RIGHT of an individual especially when the party has lost more than 90% elections in last 10 years.”

Surely, he is high on confidence. Is he thinking of himself as India's uncrowned kingmaker, or queenmaker if it may?

Social commentator Saroj Giri, an assistant professor at the department of political science, Delhi University, said that while all parties used to engage in some forms of social engineering, the entry of I-PAC has given the exercise a new extension, and the sphere of engineering has also expanded with I-PAC’s stress on social media.

“A precedence of Kishor’s type of work can be found in the operations of Cambridge Analytica. I-PAC works with databases, which serve as a parallel society. Their methods converge well with psephology. We are living in a time when getting thrashed by rightwinger on a street creates lesser repercussions than getting trolled by them on social media. Kishor has managed to grasp the zeitgeist of the present time,” Giri said.

He thinks the model has, till now, managed to create significant interest among the educated youths because the old welfarist state has taken the role of 'service providers', where the voter is a consumer and the political parties and candidates are service providers.

"Ideology remains relevant in society and politics but administrative delivery has become more important to what is described as the 'burgeoning Indian middle class', a sector this model has been able to influence and manipulate,” he said.

Giri, however, thinks that in the way Kishor’s organisation works, the image of a leader replaces her or his actual persona, which leads to ‘a hollowing-out’ of the leaders across platforms, from Modi to Banerjee, and this was a worrying trend.

“For an example, take how Mamata Banerjee was self-censoring herself during the Bengal election campaign. This was not the Mamata we know. This might have secured her a victory but it’s not good for overall political culture,” Giri said.

As of 2021, it ends with a substantial section of the country’s political spin doctors busy guessing about Kishor's next moves.