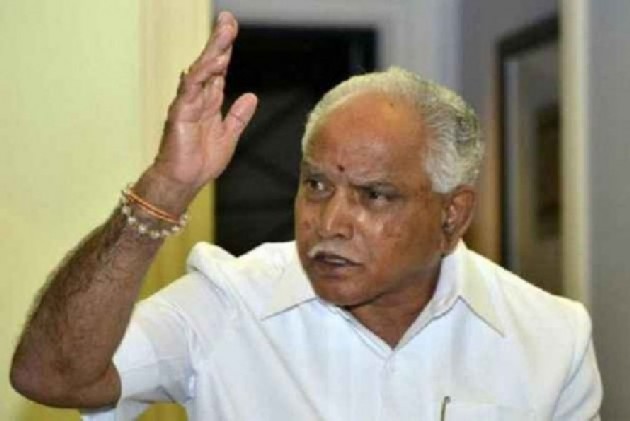 With BJP leader B S Yeddyurappa staking claim to form government in Karnataka on Friday, his party colleagues in Karnataka backed his candidature as chief minister and said he enjoys the support of a majority of MLAs and will bring stability to the state.

Yeddyurappa was invited to form the government after he met Governor Vajubhai Vala to stake claims and requested him to administer the oath of office and secrecy on Friday evening. On Tuesday, the H D Kumaraswamy government lost the confidence vote, ending nearly three weeks of political suspense.

BJP's national media in-charge Anil Baluni said the new dispensation will be development-oriented and stable, unlike the previous "unholy alliance" of the Congress and the JD(S).

"The BJP is going to form a development-oriented and stable government which will be for the welfare of the overall state. There is no need to elect the leader of the party as B S Yeddyurappa is already the BJP's legislative party leader in Karnataka.

"This government is as per the mandate given by the people of Karnataka. An unholy alliance was formed between the Congress and the JD(S), which was not according to the mandate of the people of the state," he said.

Yeddurappa, a former Karnataka chief minister, told reporters in Bengaluru that he had requested the governor to administer the oath of office to him between 6-6:15 p.m on Friday.

"The governor has agreed and given me a letter," he said.

He is likely to take oath alone.