Yeddyurappa Offered Rs 10 Crore For Each Of Our 18 MLAs To Destablise Karnataka Govt: Congress

The audio clip relates to a purported discussion between Yeddyurappa and Shan Gowda, son of JD(S) legislator Nagana Gowda from Gurmitkal constituency, a few days ago. 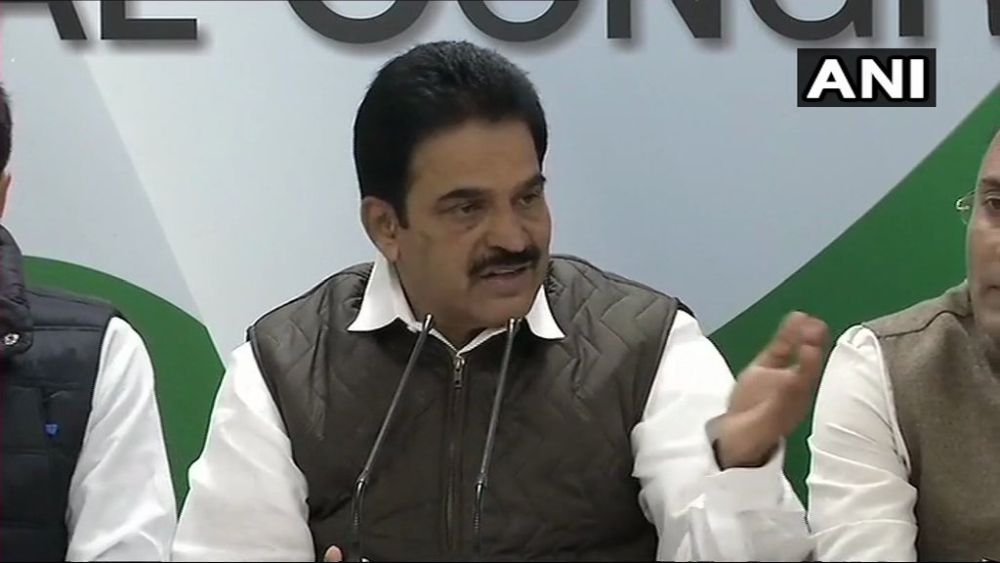 Addressing a press conference, AICC General Secretary K.C. Venugopal and party chief spokesperson Randeep Singh Surjewala said the Yeddyurappa tapes now establish a "new low" in the politics of corruption, bribery and "sinister attempt to misuse the entire judiciary up to the Supreme Court to bring down an elected government in Karnataka".

Randeep Surjewala on audio clips released by Karnataka CM y'day: In what capacity is BJP Karnataka President & former CM discussing approaching SC judges to get the case right? Have Narendra Modi & Amit Shah given them such assurances? Has the SC become a 'jebi dukaan' of BJP? pic.twitter.com/rZRNIFVRVj

A scandalous claim has been made by naming Modi and Shah that the Supreme Court judges would be approached to fix the cases of the MLAs who will defect in violation of the anti-defection law, they said.

The audio clip relates to a purported discussion between Yeddyurappa and Shan Gowda, son of JD(S) legislator Nagana Gowda from Gurmitkal constituency, a few days ago.

"In this audio clip, it is said that Prime Minister Narendra Modi and BJP President Amit Shah will approach Supreme Court judges and take care of any conflict that will arise from this," Surjewala said.

He asked whether the Chief Justice of India would take action and issue notice against BJP for such practices.

The two leaders said another "sensational revelation" from the audio clip was that the Governor was being treated as a "puppet" and was being used to destabilise an elected government in Karnataka and the BJP has "offered" Rs 50 Crore to the Vidhan Sabha Speaker.

"We witnessed the newest low in politics when not only BJP Karnataka's senior leaders were involved in horse trading and corruption but also revealed the role of Modi and Shah in it," Surjewala said.

He said that the audio clippings were making clear that Yeddyurappa was offering Rs 10 crore to each MLA and 12 people were offered ministerial positions and six were offered the position chairman of various boards.

"Where did this money come from? Is this black money or white money?" he asked.

Venugopal said that the Karnataka government will continue, irrespective of whatever the BJP may be trying.

"We are 100 per cent sure about it. BJP's type of politics should be condemned," he said.

"From day one, since H.D. Kumaraswamy became the Chief Minister, BJP's national leadership is trying to destabilise the government through horse-trading."