Responding to the Indian army’s tweet on the sighting of the Yeti footprints in the Himalayas, twitter on Tuesday was flooded with a series of tweets containing mixed reactions. 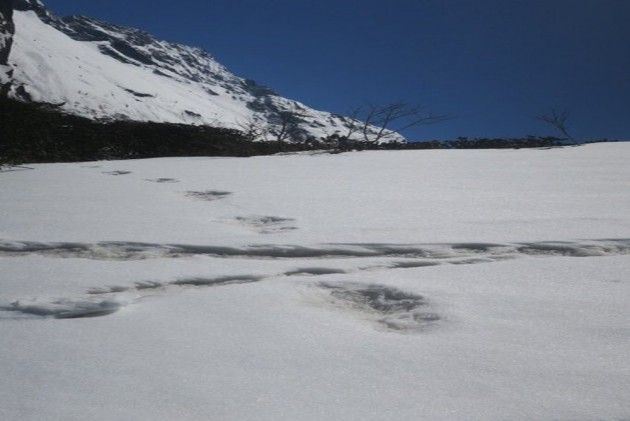 The Indian Army Mountaineering Expedition Team's claim of having sighted "mysterious footprints" of the Yeti at the Makalau Base Camp in the Himalayas attracted much amusement on Twitter, though some did congratulate the team.

For the first time, an #IndianArmy Moutaineering Expedition Team has sited Mysterious Footprints of mythical beast 'Yeti' measuring 32x15 inches close to Makalu Base Camp on 09 April 2019. This elusive snowman has only been sighted at Makalu-Barun National Park in the past. pic.twitter.com/AMD4MYIgV7

The  spokesperson  posted photographs of the large footprints spotted in the snow, which he claimed measured up to 32 by 15 inches,.

Congratulations, we are always proud of you. salutes to the #IndianArmy Moutaineering Expedition Team. But please, you are Indian, dont call Yeti as beast. Show respect for them. If you say he is a 'snowman'.

This is deeply, deeply embarrassing: whoever in the Indian Army’s PR has circulated this is disgracing the institution, and India, in the world’s eyes. https://t.co/f11OvolnUb

I’m looking forward to the Indian Navy’s official handle tweeting about having found the Loch Ness Monster, and a former BJP MP ticking them off for using the un-Indian word “monster.” pic.twitter.com/pXgciqMzmQ

This is quite exciting. Reminds me of #tintin Tintin in Tibet. https://t.co/k5d1IJZDUl

Little known fact for all you doubters who say it was one-legged: yetis prefer to catwalk. #Yeti pic.twitter.com/TJ8kWGfR00