BJP's UP unit claimed that party-backed candidates won 67 out of 75 seats in the Zilla Panchayat Commissioner elections held across districts on Saturday. 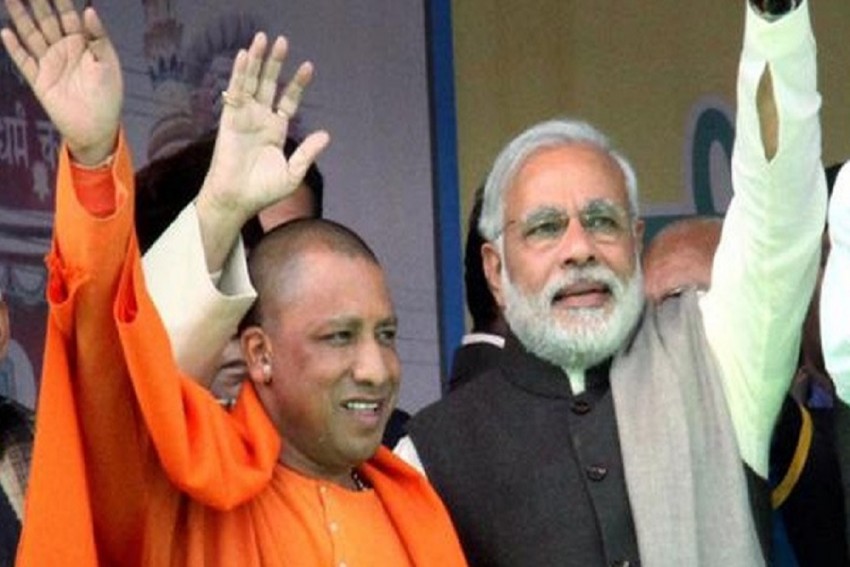 Addressing the local body win, Adityanath said that the victory was a result of the welfare policies by launched by Modi.

Taking to Twitter,  UP CM Adityanath said, "The historic victory of the BJP in the election to the posts of zila panchayat chairpersons in Uttar Pradesh is the result of the public welfare policies of the respected prime minister.”

"This is the manifestation of public confidence in the good governance that has been established in Uttar Pradesh. Thanks to all the people of the state and a hearty congratulations for the victory," he said.

The comments came after State BJP chief Swatantra Dev Singh claimed that the BJP+ (BJP and its allies) had won 67 out of 75 seats of zila panchayat chairpersons.

Meanwhile, Samajwadi Party president Akhilesh Yadav accused the BJP of 'kidnapping' voters and using "force" to prevent them from voting. He also charged the ruling party with making a mockery out of the democratic norms of the elections

The polling for the seats had begun at 11 am on Saturday and continued till 3 pm following which counting began across the districts.

"Hearty congratulations to all the winning candidates for the post of zila panchayat chairpersons in the three-tier panchayat elections. This victory of yours will give more strength to the Panchayati raj system in India. Best wishes to all of you for a bright tenure," he said.

Chairpersons of 22 zila panchayats were declared elected unopposed on Tuesday. Of these, the ruling Bharatiya Janata Party (BJP) claimed to have won 21 seats. The State Election Commission did not announce the party affiliation of the winning candidates.

The panchayat polls or those for district panchayat chiefs are not held on a party symbol but candidates enjoy the tacit support of various parties.

Zila panchayat chiefs are elected from among the elected members of zila panchayats. The four-phase panchayat polls concluded in the state last month.