Yogi Govt Requests Allahabad HC To Dispose Of Cases Of Crimes Against Women, Children On Priority

The Uttar Pradesh government made the request in a letter written to the Registrar of the High Court. The letter was written by Additional Chief Secretary -Home, Awanish Awasthi on behalf of the state government. 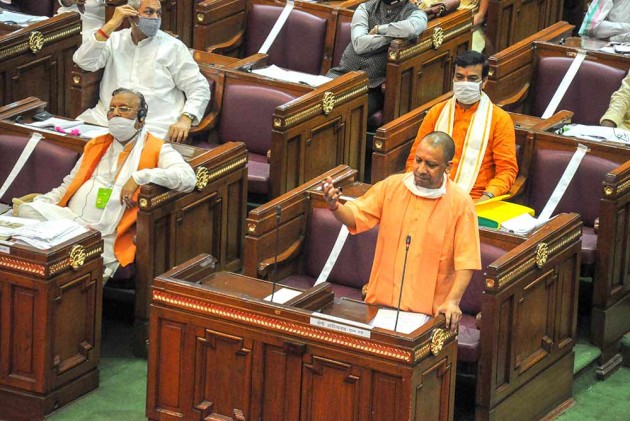 The Uttar Pradesh government has requested the Allahabad High Court to ensure disposal of cases related to crimes against women and the POCSO Act on priority basis, a senior official said on Monday.

This comes days after the death and alleged gang-rape of a 19-year-old Dalit woman in the state's Hathras district. The incident has triggered widespread outrage across the country.

In the letter, the government urged the court to hear and dispose of cases related to crimes against women and the Protection of Children from Sexual Offences (POCSO) Act cases on priority.

It also requested the court to direct all district and sessions court judges to ensure speedy disposal of such cases.

Despite the obstacles posed by the COVID-19 pandemic, accused in 612 cases of crimes against women were awarded punishment and a total of 1,835 such cases were disposed of from January to September this year, the letter stated.

Punishment was awarded to accused in 151 cases under the POCSO Act, it said.

Citing the National Crime Records Bureau (NCRB) data, the government said Uttar Pradesh recorded the highest number of convictions in cases of crimes against women 2019 in the country.

It said it will run a special campaign on the safety of women and girls from October 17 to 25.