Industrialist Rajiv Bajaj termed Coronavirus-induced lockdown as 'draconian' and said it has ended up decimating its economy and flattening the GDP curve. 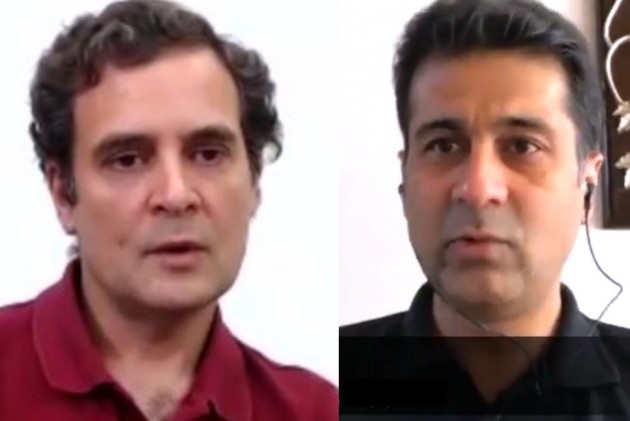 Industrialist Rajiv Bajaj on Thursday said that the nationwide lockdown implemented to curb the spread of the Covid-19 pandemic has decimated the economy.

Bajaj said that India implemented a "draconian" lockdown that was porous and has ended up decimating its economy and flattening the GDP curve instead of that of the novel coronavirus infections.

"You flattened the wrong curve. It is not the infection curve, it is the GDP curve. This is what we have ended (up) with, the worst of both worlds," he said.

He said it is a herculean task to open up the economy and called for taking fear out of people's minds through a "very clear, aligned narrative" from none other than the prime minister.

"We tried to implement a hard lockdown which was still porous. So I think we have ended up with the worst of both worlds," he said.

The managing director of Bajaj Auto was in a dialogue with Congress leader Rahul Gandhi, as part of a series on India's COVID-19 response and the lockdown initiated by the Congress and aired on the party's social media platforms.

The industrialist said, "We are not seeing a smooth, concerted, rhythmic movement towards unlocking."

"On one hand a porous lockdown makes sure that the virus will still exist and as you said, it is still waiting to hit you when you will unlock. So you have not solved that problem.

"But you have definitely decimated the economy. You flattened the wrong curve. It is not the infection curve, it is the GDP curve. This is what we have ended (up) with, the worst of both worlds," Bajaj said.

He said, "Unfortunately, India not only looked west, it went to the wild west. I think we stayed more towards the impervious side."

Asked by Gandhi about an "atmosphere of fear" in the country, Bajaj said that in terms of being tolerant and sensitive, India needs to mend a couple of things.