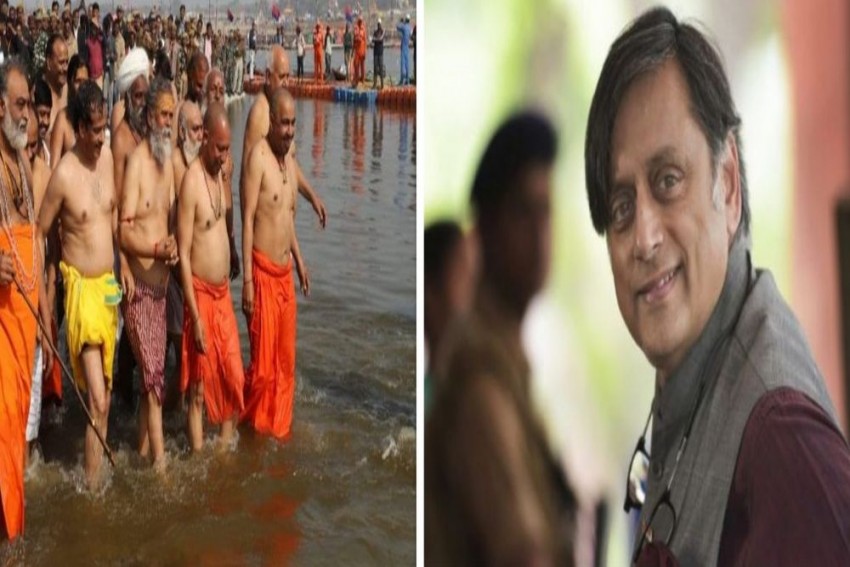 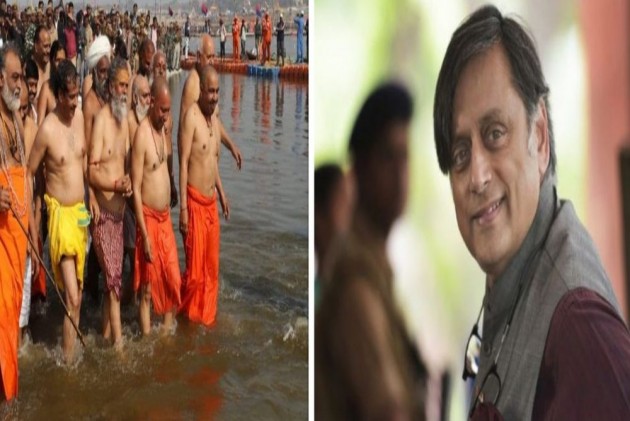 Tharoor along with the tweet posted a picture of the UP CM.

However, Tharoor's tweet soon came under fire from the opposition parties.

Speaking to ANI on Wednesday, BJP spokesman Nalin Kohli said such comments on Hindu practices by an educated person like Tharoor is very unfortunate.

"This is very unfortunate. An extremely educated and respected person like Tharoor always comes up with such kind of comments related to practices of the Hindu religion" Kohli said.

Earlier, Uttar Pradesh minister and Suheldev Bharatiya Samaj Party chief Om Prakash Rajbhar too said the chief minister and his minister had gone there to wash off their sins.

"The ministers in the Yogi Adityanath government had gone for a holy dip at the Sangam on Tuesday for washing their sins...going back on promises made to the public is also a sin and the ministers have tried to wash it through a dip in the Sangam," Rajbhar said.

Uttar Pradesh Chief Minister Yogi Adityanath and many of his ministerial colleagues took the holy dip at Sangam -- the trinity of Ganga, Yamuna and the mystical Saraswati -- at the ongoing Kumbh on Tuesday.

Soon after finishing the cabinet meeting, the ministers led by the saffron-robed Chief Minister went to the holy confluence of rivers and amid the popping of flash bulbs, wide-eyed common people and frenzied lensmen, took the dip.

Chanting hymns, the Chief Minister and other ministers of the Uttar Pradesh government performed rituals assisted by seers and some local priests.