Srinivas B.V. is earning praise for his efforts to help people looking for help in the devastating second wave of Covid 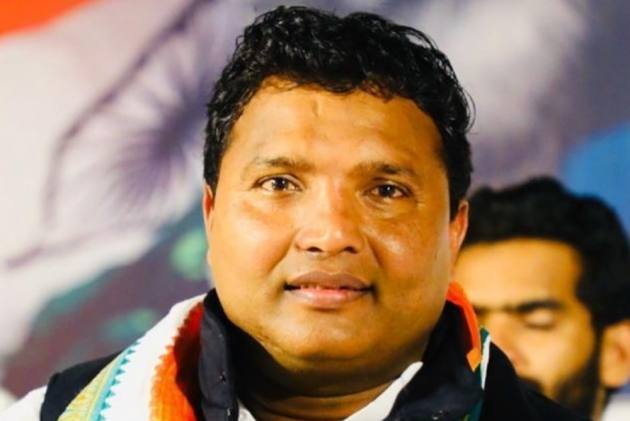 #SOSIYC is now trending on Twitter almost every day. The hashtag has risen above the social media space and assumed immense significance in the eyes and lives of many citizens in the midst of a raging pandemic that has left no soul unaffected. Desperate Indian citizens are using the hashtag to call the Indian Youth Congress (IYC) for help, as they scramble for resources to save the lives of their friends and family members infected by the coronavirus.

As if Covid and the damage it caused to millions of lives were not enough, the government’s hasty, unplanned decisions made it even worse. Last year, when lakhs of migrant workers were left stranded on the roads after the sudden announcement of a nationwide lockdown, Bollywood actor Sonu Sood came to their rescue. He helped thousands of people reach their homes. Sood received several accolades for his exemplary service during the crisis. However, this year, amid the mayhem caused by an alarming surge in Covid cases, an unprepared government, and an overstretched health infrastructure, IYC national president Srinivas B.V. has booked a spot in everyone’s heart for his humanitarian work. “Srinivas is a great guy, who is doing a lot of good work by helping the common man,” said Sood in an interview with Outlook. “I just want to tell him, ‘Keep the good work going, brother.’ Individuals like him and all of us need to come together to save this nation.”

Srinivas, the 39-year-old youth leader, is earning praise for his efforts to help despondent family members yearning for help amid the devastating second wave. Twitter is deluged with SOS tweets that have his account tagged by Indian users. Along with his 1,000-member team, Srinivas, who hails from Karnataka, has responded to several SOS requests for Remdesivir, ventilators, oxygen cylinders, oxygen refills, hospital beds and food for patients, among other things.

“It is hard to say how many people have been helped, but we have received approximately 2 lakh requests from across the country,” Srinivas told Outlook. “More people are dying because of unavailability of medical resources today. If medicines, beds, oxygen cylinders and plasma is provided to the patients in time, then they won’t have to die.”

Ankit Garg, a resident of Chandigarh, needed Remdesivir for his 85-year-old grandfather, an ex-serviceman who was admitted at Chandigarh’s Kaushal hospital 10 days ago. “When my grandfather’s health deteriorated, the doctor prescribed six vials of Remdesivir, but I could not find it. So, I tagged SOSIYC on Twitter and within four hours they delivered the medicine to me free of cost,” Garg told Outlook.

According to a recent study conducted by a Washington DC-based digital forensic research lab, Srinivas was tagged in 88,321 SOS tweets between March 1 and April 24. He was the most tagged person in emergency SOS requests on Twitter as India continues to grapple with the aggravating Covid crisis. He was followed by AAP MLA Dilip Pandey (74,492 tweets) and actor Sonu Sood (71,969 tweets).

Srinivas built a reputation in the Congress during the first wave of Covid, when his efforts to set up a network of Youth Congress volunteers under SOSIYC caught the attention of the Congress high command. He has been extending support in numerous ways, which also include setting up Covid control rooms across all states. His network responds to distress calls made by people looking for medicines, hospital beds, oxygen cylinders, plasma etc in areas inundated with Covid patients or where the local administration is unable to provide aid.

“We have started providing free Covid consultations for the people belonging to the underprivileged sections and initiated efforts to create awareness about home isolation and Covid SOPs,” said Srinivas. With their collective efforts, his team has managed to help a significant number of people in a short period of time. The team maintains a network with hospitals and keeps a tab on the availability of beds and other resources. Several volunteers of SOSIYC who recovered from Covid have also donated plasma.

Today, as India reels under a Covid wave worse than last year's, Srinivas has become the first name that occurs to many in India when they are in dire need of resources to fight Covid.