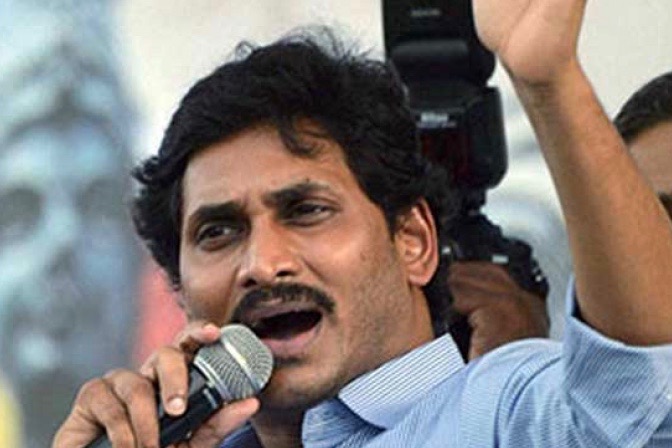 YSJR’s rise in politics was not a 'bed of roses” as is the case normally in dynasties. He started his political career when he campaigned for the Congress party in the 2004 elections in Kadapa District.  And, in the 2009 elections he was elected as Member of Parliament from Kadapa constituency.

When YSR, his father, died in a helicopter crash in September 2009, YSJR was left ‘high and dry’ when the Congress party sidelined his dynastic inheritance claims to the Chief Minister’s post.

Although, the signature campaign by majority legislators favored YSJR to be their Chief Minister, for reasons best known to the party leadership, especially the Gandhis - mother Sonia, who was party chief and son, Rahul Gandhi, party general secretary - YSJR was denied the opportunity.

Against the “diktat” of the Congress High Command, six months after his father's death YSJR undertook odarpu yatra (condolence tour) to meet the families of those who committed suicide on hearing the news of his father's death.

On 29 November 2010, following the rebuff by Sonia Gandhi to meet him and his mother, he rebelled and announced on 7 December 2010 from Pulivendla that he would be starting a new party within 45 days. In March 2011, he announced his party’s name at Jaggampeta of East Godavari district. Later, his party went to by-polls in YSR Kadapa district and won almost all the seats with a huge majority.

The Congress party could not find a strong alternate leader to hold Telugus together just before the 2014 polls.

While in jail, Reddy started a hunger strike opposing the United Progressive Alliance's decision to endorse the creation of a separate Telangana state. After 125 hours of indefinite hunger strike, his sugar levels and blood pressure were down. He was moved to Osmania General Hospital for treatment. His mother, MLA Vijayamma, was also on hunger strike protesting the formation of Telangana out of AP. After his release, Reddy called for a 72-hour bandh protesting the formation of Telangana. Both Jagan and his mother resigned from their legislatures opposing the Telangana decision.

In the elections that followed, YSJR failed to win majority in the Andhra Pradesh assembly despite putting up a spirited fight to Telugu Desam Party led by seasoned Nara Chandrababu Naidu in alliance with the BJP. But YSJR did not give up the fight despite his party members shifting loyalties to the ruling TDP which lured 23 MLAs and 3 MPs to their fold.

Undeterred by the challenges confronting him, YSJR launched his 3,000-km-long walkathon, named Praja SankalpaYatra on November 6, 2017 from his native Kadapa district after paying homage at the grave of his father.

YSR Congress party coined a slogan “Raavali Jagan, Kaavali Jagan” (Jagan should come. We want Jagan) for the foot march that took to him across 125 Assembly segments in 13 districts of the state in 430 days. This Yatra was started on November 6, 2017 and ended on January 9, 2019. He bettered his father’s record of “Padayatra” stretching over 1,475 kms as part of his election campaign.

YSJR even received an injury on his shoulder due to knife blade attack in the VIP lounge of Visakhapatnam Airport on 25 Oct, 2018 and had to undergo surgery.

If YSR’s marathon walk helped the Congress party to bounce back to power after decade-long political oblivion, then YSJR Jaganmohan Reddy’s “Praja Sankalpa Yatra" has helped him to return to power with a bang. Akin to the ModiNamo (tsunami) sweeping across the nation, YSJR wave has swept the TDP aside by handing it one of the worst defeats in its four-decade history.

Throughout his travails, his mother Vijayamma and sister Sharmila and other family members stood by him solidly in pursuit of recapturing the family political glory.

A word of caution! YSJR inherits a deficit revenue state. His fight for award of “Special Category Status” may become the “Achilles Heel” in times to come what with Modi-led BJP emerging with majority in Lok Sabha polls