'The only way to prevent accidental usage of nuclear weapons was to eliminate them.' 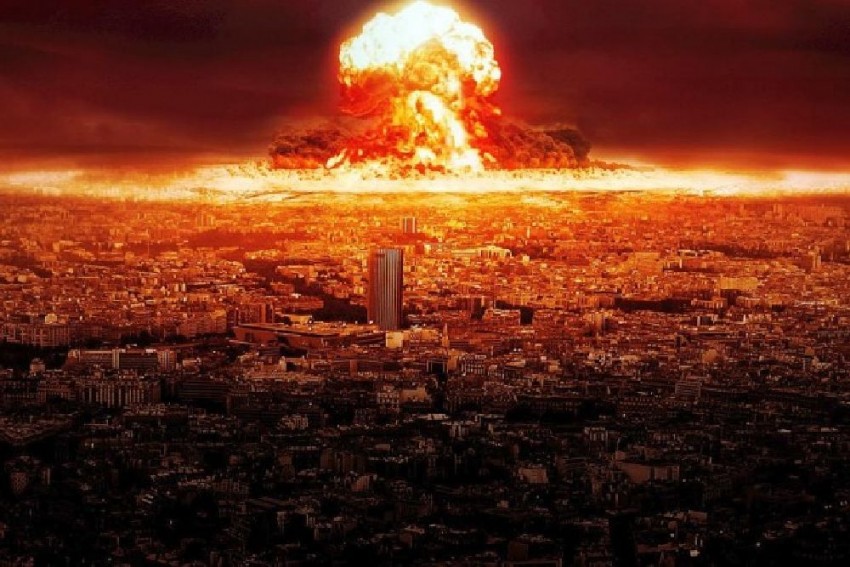 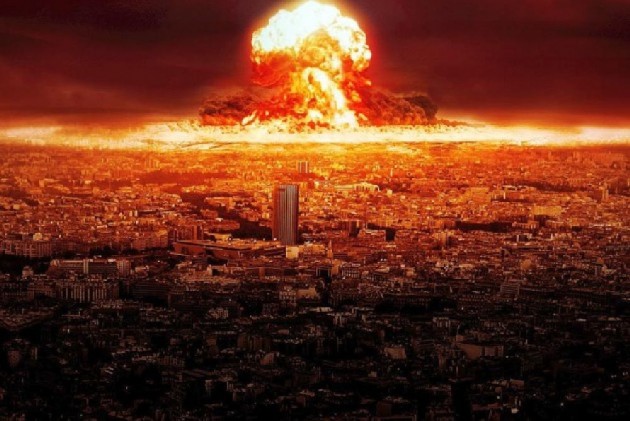 If India and Pakistan engage in a nuclear war, more than 100 million people are likely to die, followed by global mass starvation, according to a study.

"Such a war would threaten not only the locations where bombs might be targeted but the entire world," said co-author Alan Robock of Rutgers University-New Brunswick in the US.

The study, published in the journal Science Advances, looked at a war scenario that may occur between India and Pakistan in 2025.

While both the countries have waged several wars over Kashmir, they could come to possess a combined count of 400 to 500 nuclear weapons by 2025, the study noted.

The researchers, including those from Rutgers University, found that the exploding nuclear weapons could release 16 to 36 million tons of soot -- tiny black carbon particles in smoke -- that could rise to the upper atmosphere and spread around the world within weeks.

The soot, the researchers said, would absorb solar radiation, and heat up the air, boosting the smoke's swift rise.

In the process, the study noted that the sunlight reaching the Earth would decline by 20 to 35 per cent, causing our planet's surface to cool by 2 to 5 degrees Celsius.

Rainfall across the world may also reduce by 15 to 30 per cent, both of which could have larger regional impacts, the study noted.

The researchers added that vegetation growth would decline globally by 15 to 30 per cent on land, and the oceans could see a productivity decline by 5 to 15 per cent.

Overall, the study noted that recovery from all these impacts would take more than ten years since the smoke would linger in the upper atmosphere.

"Nine countries have nuclear weapons, but Pakistan and India are the only ones rapidly increasing their arsenals," Robock said.

He added that the continuing unrest between the two nuclear-armed countries, particularly over Kashmir, made it important to understand the consequences of a nuclear war.

According to the researchers, the nuclear weapons in the year 2025 could range from 15 kilotons in explosive power - the same size as the bomb dropped on Hiroshima by the US in 1945 - to a few hundred kilotons.

In the scenario, the researchers estimated that 50 to 125 million people could die from the direct effects, with additional deaths from mass starvation also possible worldwide.

"Nuclear weapons cannot be used in any rational scenario but could be used by accident or as a result of hacking, panic or deranged world leaders," Robock said.

According to Robock, the only way to prevent accidental usage of nuclear weapons was to eliminate them.

Why Only Hindu, Sikh, Jain And Buddhist Refugees Qualify To Be Indian Citizens