The test-firing was carried around 7:50 PM from APJ Abdul Kalam Island in Odisha 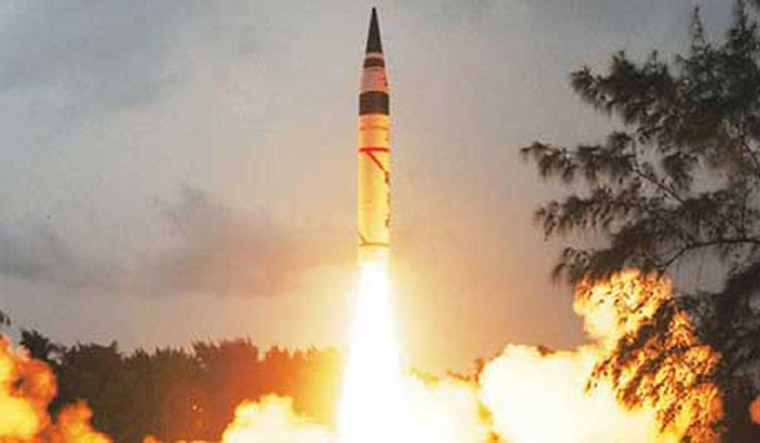 In a major boost to its military might, India on Wednesday conducted a successful test-fire of the surface-to-surface ballistic missile Agni-5 capable of striking targets at ranges up to 5,000 km with a very high degree of accuracy, officials said.

The test-firing was carried around 7:50 PM from APJ Abdul Kalam Island in Odisha, they said.
"The successful test of Agni-5 is in line with India's stated policy to have credible minimum deterrence that underpins the commitment to 'No First Use'," the defence ministry said.

The successful test-firing of the missile came in the midst of a lingering border standoff with China in eastern Ladakh.