India Should Be Ready To Break Pakistan Into Four, Says Subramanian Swamy

"Let us (India) prepare for the possibility that Pakistan may carry out war by miscalculation. We should be ready to finish Pakistan and break it into four and look for that opportunity," said Swamy 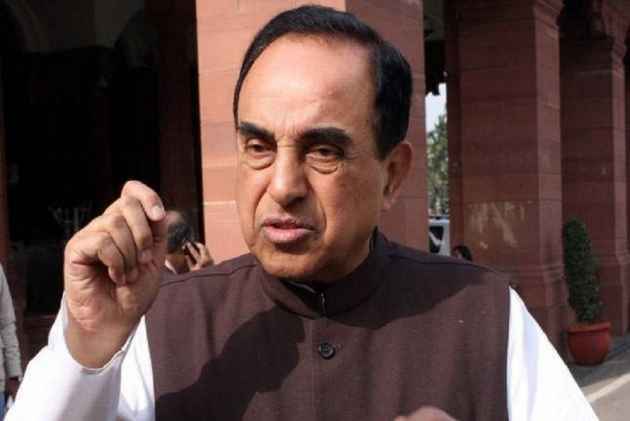 With army-backed Imran Khan tipped to be the next Prime Minister of Pakistan, senior Bharatiya Janata Party (BJP) leader Subramanian Swamy, on Thursday, expressed apprehension that Pakistan may now carry out a war against India.

Speaking to ANI, Swamy said, "Let us (India) prepare for the possibility that Pakistan may carry out war by miscalculation. We should be ready to finish Pakistan and break it into four and look for that opportunity."

Pakistan Tehreek-e-Insaf (PTI) party of cricketer-turned-politician Imran Khan is surging firmly ahead after Wednesday's elections, but the results are being disputed by candidates and politcal observers as rigged in favour of Khan.

Swamy said, "It's good because he (Imran Khan) is a puppet. It's better to be known as a puppet than pretend not to be a puppet like Nawaz Sharif. They are all puppets. All civilian politicians in Pakistan are puppets of the ISI (Inter-Services Intelligence), military and the Taliban."

This is the second time in Pakistan's 70-year history that the power is transferring from one civilian government to another. Yet, the whole election process remained impaired.

As many as 122 parties fielded candidates, many of who belonged to extremist organisations.

There were attacks on candidates and campaign rallies. More than 150 people were killed when a powerful bomb went off in Mastung in the restive province of Balochistan earlier this month.