How politics in Nepal might pan out in the coming days may not be in India’s control. But Delhi must reclaim the primacy of place it enjoyed for decades among the Nepali political leaders, as well as the people of the country. 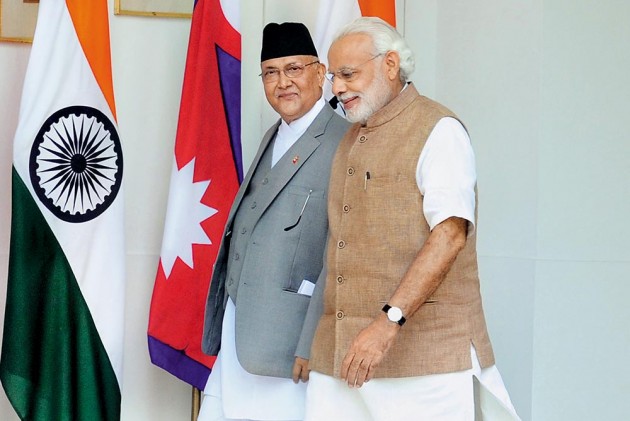 The fact that the Nepalese Prime Minister is still around has to do with the Chinese effort resulting in its ambassador Hou Yanqi ‘s hectic parleys with key Nepal Communist Party members to avert a split in the organization and prevent Oli’s ouster.

On May 8, Indian defence minister Rajnath Singh inaugurated an important road connecting Dharchula in India’s Uttarakhand to the Lipu Lekh pass near the Line of Actual Control (LAC), the Indian border with China. The southern side of the pass, known as Kalapani, falls at the India-China-Nepal tri-junction.

The 80 km strategically important road, completed in April, will help Indian pilgrims’ journey to Kailash-Mansarovar, which is in China’s Tibet Autonomous Region. But it can also help in the quick movement of Indian troops up to the India-China border.

Nepal’s anger apparently stemmed from India’s “unilateral” decision to build the road in an area which the Nepalese claim as its own.

But the Indian Army chief, General Manoj Mukund Naravane, did not see anything wrong with the newly constructed road. “I do not see any contradiction at all. The Nepal ambassador has said, the area east of the river (Kalapani) is theirs. And the road is west of it. So, I don’t know what they are agitating about," he said at a recent webinar.

"There are issues regarding where the tri-junction should be.” But the General felt that Nepal may have raised the issue at the behest of someone else – hinting that it was China behind the Nepalese move.

Many took exception to this remark of the Indian Army chief for referring to China and felt it only aggravated Indo-Nepal relations that has been strained since the new Indian road was constructed in a disputed area.

The jury may still be out on how much the Indian Army chief’s “inappropriate” remarks angered the Nepalese leadership. But his remarks have also led many to take note of the context of the past weeks development in Nepal.

Though there is no evidence to show how China influenced Nepal’s stand, yet PM Oli’s “tough talk” against Delhi has as much to do with his own political strategy as with expressing gratitude to Beijing for providing him the reprieve.

The bickering within the ruling Communist Party had been on for several months with an anti-Oli move gathering steam among senior members. The Prime Minister’s autocratic style, non-performance and tendency to marginalise party colleagues, had alienated the majority of the nine-member party secretariat.

Last month when Oli returned from his second kidney transplant surgery, he realised a move was on to force his ouster. To counter it, he promulgated two ordinances—changing the existing rules to encourage defections in smaller parties and also to split in his own Nepal Communist Party—for his survival.

The new law, which most observers saw as a brute attempt on Oli’s part to break the Indian-origin Madhes parties in the Terai region, could have provided him the required support in the event he became a minority in his own government and party. The new provision of the law said a party could split if 40 per cent members, either in its Central Committee or the Parliamentary Party, supported such a decision. Earlier, no party could be split unless 40 per cent in both, the Central Committee as well as the Parliamentary Party, approved it.

But he was upstaged with a number of other political developments. The Samajwadi Party and Rashtriya Janata Party, Nepal, instead of splitting, merged with each other, increasing their strength to 33 members in the Nepalese lower house of parliament.

Meanwhile Oli, who had been the senior partner when his communist party merged with that of Pushp Kamal Dahal Prachanda’s party in 2017, found that tables had turned. He was the junior partner and the maximum number of members, both in the secretariat, central committee and standing committee of the party, were dominated by his rivals, who were seeking his resignation.

Oli was of the view that India was engaged with his party colleagues to replace him with Prachanda as PM and had also used its influence to bring the merger of the two Madhes-based parties to scuttle his survival plan.

Though Oli was forced to withdraw the ordinances he had passed in the parliament, with the help of President Bidhya Devi Bhandari, it was China which stepped in to bail him out and convinced Prachanda and others in the party to put up a united face.

Why Prachanda backed out from his demand seeking Oli’s ouster is still unclear. But many felt that on realizing his inability to lead a stable government and garner support of others in a faction-riddled organisation, Prachanda may have withdrawn his demand for Oli’s ouster. Chinese President Xi Jinping’s request for uniting with Oli to deal with the impending Covid-19 crisis, that has begun to spread in the country, must have played an equally important role in his decision to back the incumbent PM.

By upping the ante against Delhi and playing the “nationalist card” against India, Oli plans to divert the criticism that had been rising regarding his performance and failure to work in cooperation with senior leaders.

Most observers, however, feel that irrespective of the China-initiated deal in NCP, the bickering leaders will not be able to rally behind Oli for long. Before soon, another attempt may come from the central committee and party’s rank-and-file, seeking his replacement with a more effective leader. In such a scenario, the Prime Minister may seek the President’s support to cling on to power through emergency provisions, using the Covid-19 crisis as a legitimate excuse to do so.

So, how does India respond in a scenario like this?

The sage advice from all quarters is for Delhi to urgently opt for the diplomatic route and resume a dialogue with the Nepalese leadership. Since video-conferencing has now become a “new normal” for conducting diplomacy, such an initiative on India’s part can help clear much of the air of uncertainty and mistrust. It can also help in engaging with Kathmandu on the contentious boundary issues to bring down the temperature and stem the deterioration in Indo-Nepal ties.

How politics in Nepal might pan out in the coming days may not be in India’s control. But Delhi must reclaim the primacy of place it enjoyed for decades among the Nepali political leaders, as well as the people of the country.