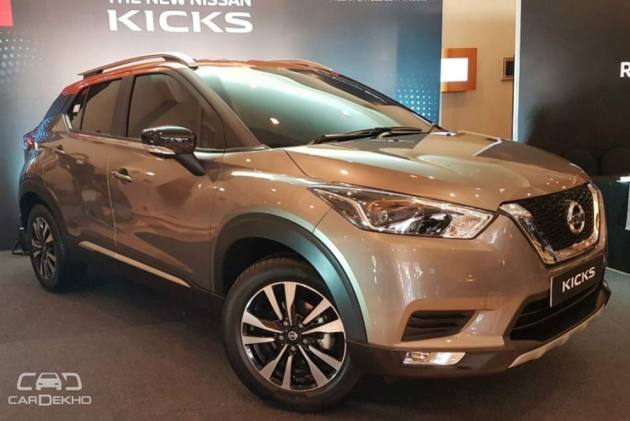 We are going to get an exclusive version of the Kicks, which is longer, taller and wider than the model sold overseas. That’s because the India-spec version is based on the B0 platform, which is shared among other Renault-Nissan Alliance SUVs like the Duster, Captur and Terrano, unlike the version sold in other markets, which is based on the new Micra platform. The Kicks’ longer rear overhang makes it evident that it is longer than the Renault Captur. It is taller than the Renault too. The Kicks’ sheer size, which is quite evident when viewed from the side, should help it stand out in the compact SUV segment while aiding road presence.

The Kicks is Nissan’s first ever product to be based on different platforms for different markets. That said, the design of the India-spec Kicks is identical to the global Micra-based model and that’s a good thing because the Kicks looks more like an SUV rather than a crossover thanks to its sharp and edgy detailing, much like what we’ve seen in Nissan’s global lineup of SUVs. 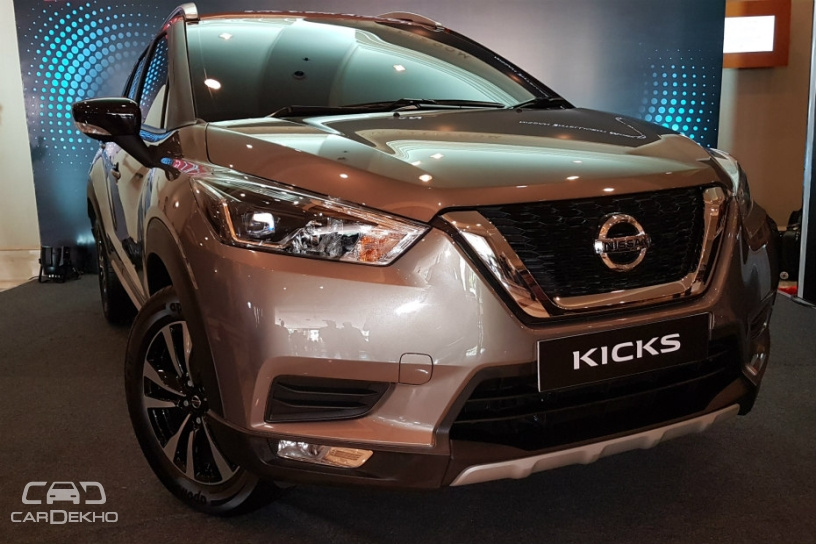 The high-set bonnet gets upward sweeping sleek headlamps. There’s an LED projector for the low beam and multi-reflector lamps for the high beam. The fog lamps are halogen units and that’s surprising considering the design looks identical to the Captur’s LED units, and the Kicks is supposed to be a premium offering. The Captur also packs full LED headlamps with dynamic indicators. The Kicks also gets the Japanese carmaker's signature V-Motion grille and signature DRL pattern too. Sadly, the boomerang-shaped tail lamps, which are identical to the international model, don’t get LED inserts like the Hyundai Creta.

The Nissan Kicks will be offered with a dual-tone paint job with a distinctive kink on the C-pillar to give the impression of a floating roof. The grey SUV with a flashy orange roof which Nissan India showcased is quite eye-catching, if we must say so. 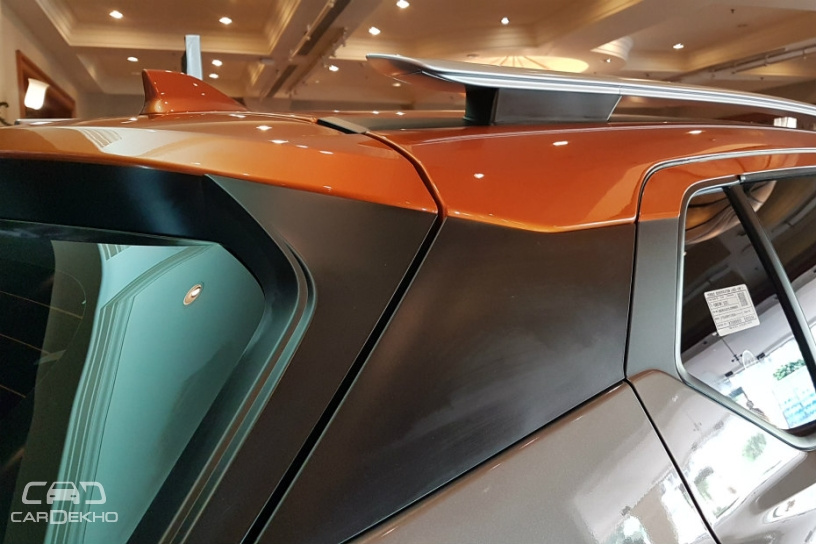 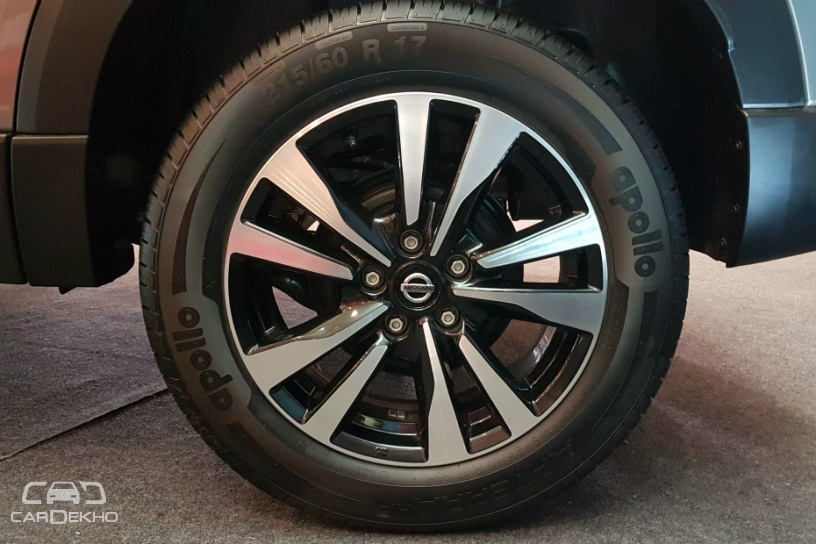 The outside rearview mirrors are borrowed from the Renault Captur and are mounted on the doors whereas the global model features them on the window line. The latter even gets premium LED indicators on the ORVMs instead of the incandescent bulbs seen on the India-spec model.

Compared to the international version, there are minor changes around the India-spec Kicks’ C-pillar that will go unnoticed. Both bumpers, especially the front one with a different fog lamp housing, feature subtly different design than the global model.

Like the Captur, the design of the Kicks is nowhere as boxy as a Creta or even the Duster. That said, Nissan has made sure that it doesn’t come across as bland, with sharp cuts and creases on almost every panel. Moreover, the extra tweaks that Nissan has made on the bigger, India-spec Kicks help enhance its road presence. 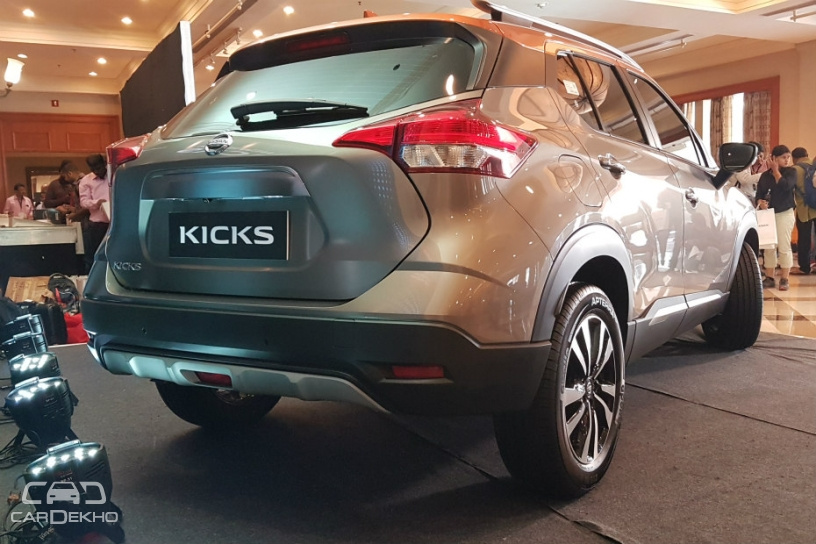 We appreciate that with the Kicks, Nissan has put its own character on the table rather than introduce a badge-engineered product with alliance partner, Renault. The Kicks' design is undeniably cool and isn’t as polarising as the Juke (Pictured below), which never made it to India. This should help the carmaker attract a wider spectrum of buyers, including millennials. 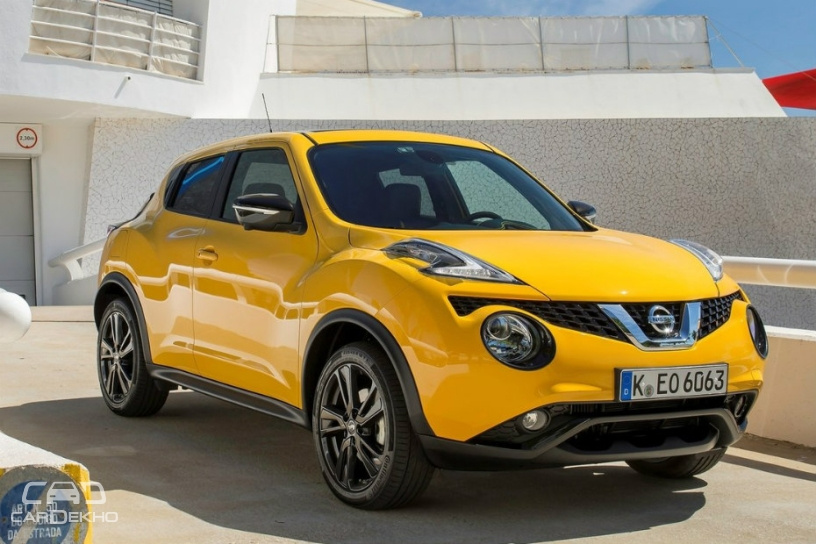 The Kicks’ B0 platform is already known to offer a brilliant ride quality and good road manners. Moreover, with the class-leading wheelbase, it should be a spacious offering as is the case with other Renault-Nissan compact SUVs based on the same platform. Most importantly, the shortcomings of its siblings appear to have been ironed out with the introduction of up to six airbags and a modern-day infotainment system.