India, Iran's second-biggest oil client behind China, has already reduced its intake of Iranian oil but has not yet decided whether to end purchases completely. 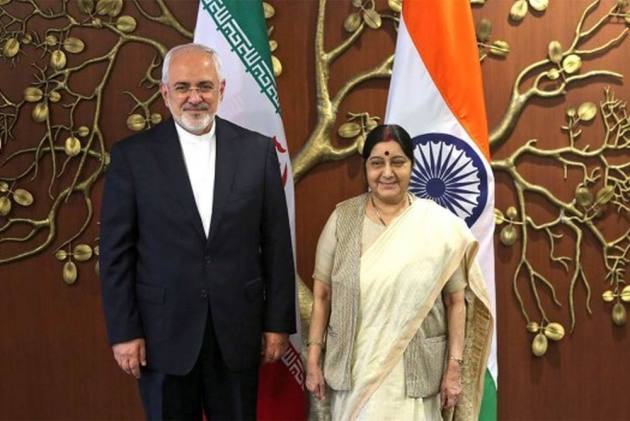 India and Iran "shared each others' position about where we stand at this point of time" on the sanctions, External Affairs Ministry spokesman Raveesh Kumar told reporters after the Ministers' meeting on the sidelines of the UN General Assembly session here on Wednesday.

At the Security Counci, Trump said that the sanctions against Iran will come into full force in November and warned "any individual who fail to comply with these sanctions will face full consequences".

"Our Indian friends have always been categorical in terms of their intention to continue economic cooperation and (the) import of oil from Iran. And I heard the same statement from my Indian counterpart," Zarif said when asked if India has given an assurance about continuing with oil imports, as quoted by NDTV.

India, Iran's second-biggest oil client behind China, has already reduced its intake of Iranian oil but has not yet decided whether to end purchases completely.

Kumar said that India was engaged with all the stakeholders dealing with the sanctions and, therefore, it discussed it with Iran also.

Zarif told Sushma Swaraj about Iran's interaction with the European Union (EU) and other countries over the sanctions, according to Kumar.

The spokesman said that Iran and India had "civilisational ties" going back in time and the discussions went beyond the sanctions issue.

Trump pulled Washington out of the nuclear deal known as the Joint Comprehensive Plan of Action (JCPOA) that Iran signed with the five permanent members of the UN Security Council, Germany and the EU, to end sanctions in return for Teheran stopping nuclear weapons development.

The EU and most countries back the nuclear deal and oppose US sanctions and Trump found himself isolated at the Security Council.

Washington's allies, British Prime Minister Theresa May and French President Emmanuel Macron, openly opposed Trump at the Security Council meeting and expressed their support for the agreement with Iran.