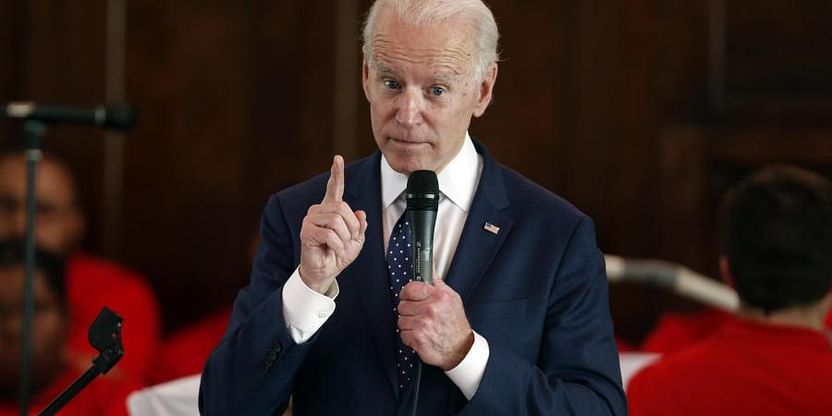 US President Joe President on Friday asserted that India and the US,  the world's two largest democracies, would stay committed and act in concert in taking up toughest challenges President.

The meeting of the two leaders took place in the Oval Office of the White House on Friday extended for more than 90 minutes, instead of the scheduled 60 minutes.

“This morning, I hosted Prime Minister Modi at the White House as we launch a new chapter in the history of US-India ties. Our two nations are the largest democracies in the world, and we’re committed to taking on the toughest challenges we face — together,” Biden said in a tweet along with a picture of shaking hands with Modi.

Prime Minister Modi said he had an "outstanding" meeting with US President Biden.

“His leadership on critical global issues is commendable. We discussed how India and the USA will further scale-up cooperation in different spheres and work together to overcome key challenges like COVID-19 and climate change,” he said.

Later while briefing the media, Foreign Secretary Harsh Vardhan Shringla said that the two leaders acknowledge that the comprehensive global strategic partnerships between two countries are strongly anchored in a shared commitment to democratic values and common strategic interests.

“It was a meeting which is characterized by warmth and cordiality. It was both productive and timely,” he said.

Noting that the discussions were wide-ranging, he said that both leaders emphasised on combating the CoVID-19 crisis and briefed each other on their experiences in dealing with the pandemic.

Shringla said the prime minister expressed thanks for the solidarity shown by the US government and people in the United States when India had a second wave of the crisis, and the support India received for that time.

“President Biden appreciated India's role as a country that extended assistance to countries across the world, including through pharmaceuticals and vaccines,” he said.

Biden was also very impressed with the government’s approach and the steps taken by the Government of India to deal with the second wave and the level of recovery, Shringla said.

“The swiftness of recovery was something that was commented on very favorably by President Biden,” he said.

President Biden, during the discussion on vaccines, appreciated the decision of the Government of India to resume exporting the vaccines in October. He said that the US itself had announced significant increases in their own distribution of vaccines. This also came up during the Quad summit, he said.

Essentially, there was the sense that Indian vaccines, which have quality, are affordable, which will also be scaled up significantly, would make a difference in terms of the availability of vaccines and dealing with vaccine inequity in the developing world, in particular, Shringla said.

Later in a fact sheet, the White House said the United States and India are committed to values of freedom, pluralism, openness, and respect for human rights.