Despite enduring back-to-back series losses over the last nine months, India still managed to remain the number one side in the longest format. 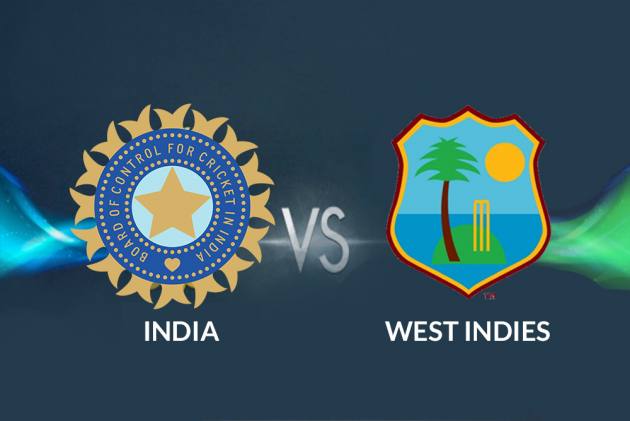 Despite series defeat in England, where they lost by a margin of 1-4, India retain the numero uno spot in the ICC Test rankings. Now, they have got a chance to consolidate their grip on the mace before the gruelling assignment in Australia later in the year.

The two-match Test series against an inexperienced West Indies side will give Virat Kohli & Co more than enough opportunities to get in the groove and enhance their stats.

India have endured series losses in South Africa and England over the last nine months but have still managed to remain the number one side in the longest format.

A comprehensive beating of the West Indies at this stage can only serve as a morale-booster to the Virat Kohli-led side which faces another stern test with the Australia tour beginning late November.

There is not much to gain for India against the eighth-ranked West Indies who, on their part, will be trying their best to make an impression in one of the toughest places to tour and against a side which they have not beaten since 2002.

The Indian team was criticised for making too many changes in England and as it panned out, openers Murali Vijay and Shikhar Dhawan lost their place in the side.

Even Karun Nair, who warmed the bench in England, was ignored for the West Indies, triggering an intense selection debate.

What is certain is that a brand new opening combination will be tried in the next couple of games with K L Rahul opening with exciting uncapped talent Prithvi Shaw.

But even if the move works, it will not be a decisive indicator of the partnership working in Australia given the drastic difference in batting conditions.

However, the series does provide a good opportunity to Shaw and another uncapped player Mayank Agarwal, who had been knocking on the door for quite some time.

On the bowling front, India are expected to play three spinners – Ravichandran Ashwin, Ravindra Jadeja and Kuldeep Yadav – and Umesh Yadav will pair up with Mohammad Shami, who will be leading the pace attack in the absence of the rested duo of Jasprit Bumrah and Bhuvneshwar Kumar, and an injured Ishant Sharma.

Jadeja will be expected to perform with both bat and ball in the absence of an injured Hardik Pandya. After a successful ODI comeback with the Asia Cup, Jadeja will be raring to go on his home ground.

Another man who would be itching to take the field will be Rishabh Pant, who expectedly retained his place after a memorable 114 at The Oval in his debut series.

Hanuma Vihari, who too impressed at The Oval with a fighting 56 on debut, will not feature in the eleven as the team fields five specialist bowlers (three spinners and couple of pacers).

It is not a full strength Indian team but still capable of dominating an inexperienced West Indies. There is an abundance of talent in the Caribbean outfit too but it lacks the experience required to be competitive in India.

Only five players in the 15-man squad have played a Test in India and to make matters worse, one among them – lead pacer Kemar Roach — will be missing the series-opener due to the death of his grandmother back in Barbados.

The others who have played on the Indian soil are Devendra Bishoo, Kraigg Brathwaite, Kieran Powell and Shannon Gabriel.

In fact, the West Indies will be playing a Test in India for the first time since November 2013 when they had become part of Sachin Tendulkar's farewell series.

Under coach Stuart Law, the team has produced some stellar performances including the shock win over England at Leeds last year after Shai Hope smashed 147 and 118 not out to set up an improbable victory.

The West Indies come to India after drawing with Sri Lanka 1-1 and beating Bangladesh 2-0 at home.

Law, who is nearing the end of his stint with the West Indies, has high hopes from his wards. The squad prepared in the heat of Dubai before playing a two-day warm-up in Vadodara.

"We have talked a lot but it is time now to stop talking. It is time the boys show what they have got on the field. They are a great bunch of guys who always give their 100 percent," Law had said.

"Touring India has always been tough for teams but we have to show the world that we can play the game and grab hold of those opportunities," said the Australian in the lead up to the first Test," he added.

Shardul Thakur is part of the 12-man team announced on the eve of the match.