India beat the Windies by five wickets at Kolkata on Sunday, heaping further misery on the hapless visitors who have already lost the Test and ODI series. 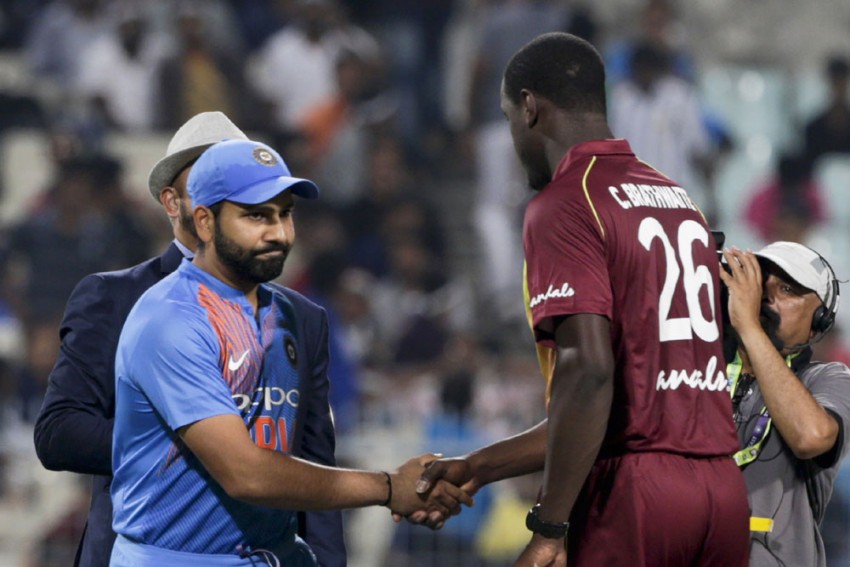 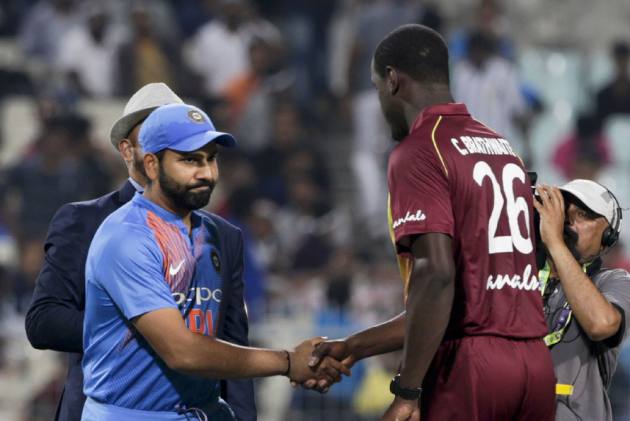 After ending their four-match T20I losing streak against the West Indies yesterday, India will look to seal the three-match on Tuesday at Lucknow.

India beat the Windies by five wickets at Kolkata on Sunday, heaping further misery on the hapless visitors who have already lost the Test and ODI series. India's last win against the West Indies before Sunday came way back on March 23, 2014, in the World T20 in Bangladesh.

And in the penultimate game of what has been a disastrous tour for the visitors, India would be favourites to lock the series in their favour.

With the win at the Eden Gardens, India managed to better their head-to-head record against the reigning world T20 champions to 5-3 now from nine exchanges between 2009 and 2017.

The five-wicket win in Kolkata might have looked a bit laboured for the hosts but the absence of batting talisman Virat Kohli cannot be discounted.

It was also the first T20 International for which India dropped Mahendra Singh Dhoni, the colossus whose batting form has been on the wane but the cricketing brain and reflexes behind the stumps remain assets for the team.

Rohit Sharma is leading the side in Kohli's absence and the 31-year-old and usually, he has thrived in responsibility.

But Sunday was a rare failure for the Mumbaikar and he would look to make up for that with a big knock tomorrow.

Besides Sharma, opener Shikhar Dhawan, KL Rahul, the young Rishabh Pant, and Manish Pandey also had a bad day in office in the series-opener.

It took a responsible 34-ball 31 from Dinesh Karthik and a nine-ball 21-run unbeaten cameo from newcomer Krunal Pandya to steer India home in 17.5 overs.

But come Tuesday, Lucknow, which is hosting its first international match at the newly-built Ekana Stadium, would be eager to see a more dominant performance from the home team, one that's befitting the gulf in quality between the two sides.

On the bowling front, left-arm chinaman Kuldeep Yadav stole the limelight with brilliant figures of 3/13 from his four overs, while left-arm pacer Khaleel Ahmed (1/16) and Pandya (1/15) were economical.

Pace spearhead Bhuvneshwar Kumar will the experienced pace duo of Umesh Yadav (1/36) and Jasprit Bumrah (1/27) would aim for a much better show on Tuesday.

West Indies, on the other hand, would be desperate to return home with some positivity at the end of a two-month long series in which they lost both the Test and ODI series.

While two-Test series was lost 0-2 in just six days of action, they posed some challenge in the subsequent ODI series before being thrashed 1-3 with a nine-wicket loss in Thiruvananthapuram in the final one-dayer.

The return of big names such as Kieran Pollard and Darren Bravo failed to make any significant impact as West Indies produced a below-par batting effort on Sunday.

Andre Russell's injury, which ruled him out of the series, has also dented their chances.

Carlos Braithwaite (2/11) was impressive with the ball but the skipper also needs to inspire his team with some significant contributions with the bat.

Young pacer Oshane Thomas (2/21), who made his debut in Kolkata, troubled the Indian openers with his pace upfront but he needs support from the likes of Keemo Paul and others.