This is Rohit's second hundred of the series. The 31-year-old scored an unbeaten 152 in the series opener in Guwahati. 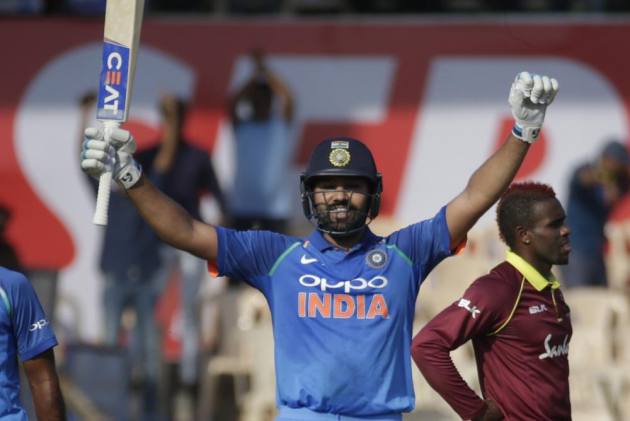 Rohit Sharma became the fourth fastest batsman to hit 21 ODI hundreds. The opener reached the landmark with a four off the third ball of 33rd over bowled by Fabian Allen during the fourth ODI match of the India-West Indies series at Mumbai.

This is Rohit's second hundred of the series. The 31-year-old scored an unbeaten 152 in the series opener in Guwahati. Batting for the 186th time, the right handed batsman steadied Indian innings after the departure of Shikhar Dhawan and captain Virat Kohli early.

India won the toss and elected to bat first.