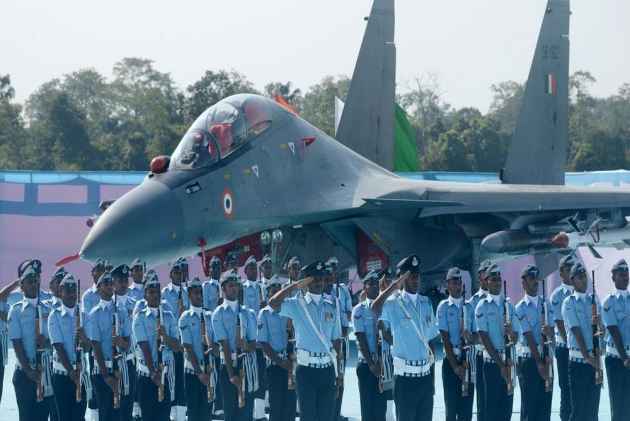 The Indian Air Force will carry out one of its biggest combat exercises from Sunday to check its operational preparedness with a focus on dealing with any possible security challenges from China and Pakistan.

Officials said the two-week long exercise named 'Gaganshakti' will involve almost the entire assets of the IAF including its fighter squadrons and the main objective of the day and night drill will be to check war waging capability of the force.

The first phase of the exercise will focus on northern borders and second phase will be carried out to check preparedness in case of a war-like situation along the western borders.

The officials said the exercise from April 8-22 will be one of the biggest in recent decades, adding Pakistan has already been informed about it as per laid down protocol.

"The aim of this exercise is real time coordination, deployment and employment of air power in a short and intense battle scenario," the IAF said in a statement.

It said the IAF will utilise the exercise to validate new strategies and tactics with a focus on recently inducted or upgraded assets and equipment.

"This exercise will hone the war fighting skills of the air warriors in a real time scenario thus affirming the IAF's role as the cutting edge of our nation's military capability," the IAF said.

It said concepts of accelerated operations, network centric operations, long range missions with concentrated weapon releases across all air to ground ranges in India and inter valley troop transfer have been planned as part of the exercise.

The efficacy and integration of Light Combat Aircraft Tejas in the operational matrix of the IAF is also planned. "The logistics stamina of the IAF and the ability to sustain continuous operations through day & night would be put to test."

Special operations employing transport aircraft and helicopter as well as Special Forces have been planned during the exercise, it said.

"While it is an IAF centric exercise, it is planned to be executed keeping in mind the 'Joint Operational Doctrine'. The requirements of the other services are being met and the same has been factored while planning the exercise settings," the IAF said.

It said full spectrum of operations are planned by IAF with special focus on 'network centric operations'.