A court of inquiry has been initiated into the cause of the Tawang crash but officials say it is unlikely that it extends to the use of cardboard boxes for transportation of the bodies. 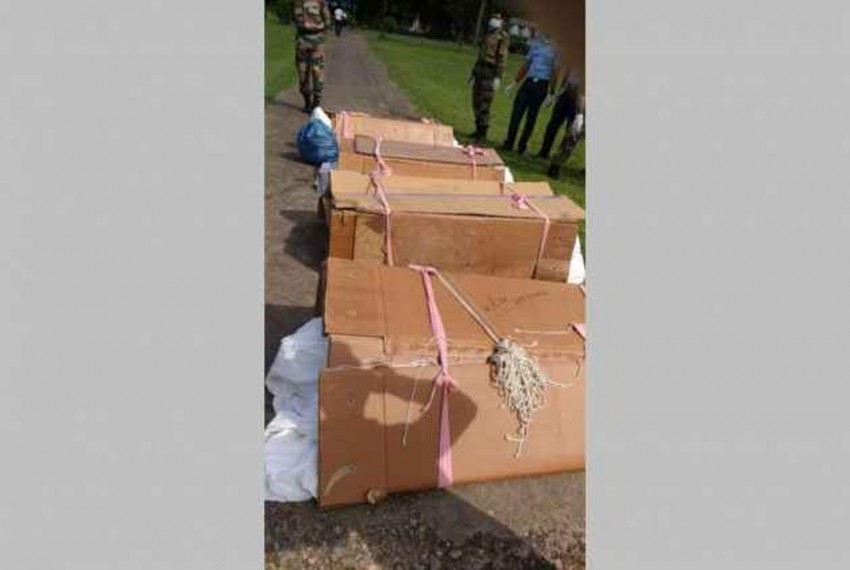 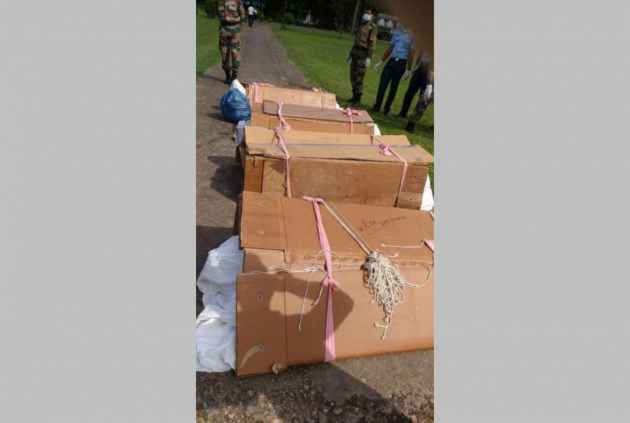 The Indian defence forces don’t have the basic thing to transport the military dead with dignity– body bags.

After Outlook first reported about the undignified way bodies of six defense personnel killed in MI 17 crash were wrapped in paper cartons, the spotlight has fallen on the uncouth last journey between ground zero and the casket.

It turns out that while coffins are made and stocked by the army depending on situations and task requirement of any post, the Indian armed forces do not subscribe to the use of body bags – a dignified and forensically sound alternative.

“The Indian army does not procure body bags for its use at the moment. We therefore do not have such bags at our disposal for situations such as this,” an official said on condition of anonymity.

In the case of  recent air crash victims, he said “the Army tried transporting the bodies of the martyrs in the best possible manner available to them”.

The use of coffins at crash site to transport the dead was unfeasible, according to officers, “The aircraft would simply not have been able to handle a load of six coffins”.

“At the altitude of 17,000 feet above sea level, the capacity of the aircraft reduces drastically and it cannot carry the full load it is capable of carrying,” says Air Marshal Vinod Patney (R).

An army official said the reason equipment and resources are air dropped in such areas instead of allowing the helicopter to land, is because of the inhospitable climate and a lack of air density which doesn’t allow a loaded helicopter to take off safely.

“The priority was to take the bodies of the soldiers to the nearest hospital as soon as possible. Even if we could have transported coffins, had we waited for them, it would have taken us an extra day to transport the bodies,” says the official.

The Army’s Public Relations Officer had issued a statement stating that the use of cardboard boxes in the incident was an ‘aberration’ and that body bags and caskets will be provided at sites during future incidents.

About the crash, an official source said the rescue team had to walk more than seven hours to reach the crash site and walk back with the bodies to a location where they could be airlifted to Guwahati Base Hospital for autopsies and last rites. Here, the bodies of the soldiers were put in wooden coffins with complete military honors.

The official juxtaposes this event with the Sukhoi aircraft crash which occurred earlier this year in Assam where it took the rescue team three days to locate the debris and another few to reach the location of the crash because of the tough terrains and heavy forest cover.

A court of inquiry has been initiated into the cause of the crash but officials say it is unlikely that it extends to the use of cardboard boxes for transportation of the bodies.