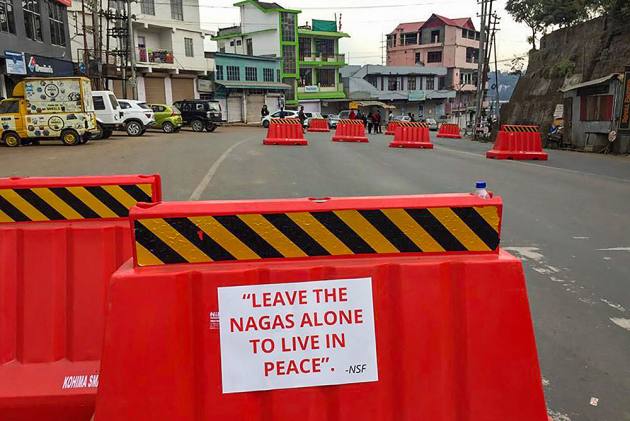 The Indian Armed Forces has ordered a court of inquiry headed by an officer of major general rank to probe into the tragic Nagaland firing incident in which 14 civilian lives were claimed.

Former senior Army officers on Monday called the incident "unfortunate" and "tragic", adding that the botched up operation was likely a result of wrong intelligence.

The sources said an officer of major general rank would head the court of inquiry to probe the operation of the 21 Para Special Forces that took place in the state's Mon district on Saturday evening. The inquiry will focus on the "intelligence" and the "circumstances" on which Saturday's operation was based on, they noted.

"It is very unfortunate. It is apparently a foul up of intelligence. That is what it appears to me," Lieutenant General Ashok Mehta (retired) told reporters. "What followed is even more tragic. The villagers were so angry that they surrounded the commandos and apparently attacked them with machetes, and in self defence, they had to fire on them," he added.

He further said that, in his opinion, such an incident has never happened before in the north-east. "This is one of the biggest foul ups of military operations or counter insurgency operations in recent times," Mehta added.

On Nagaland Chief Minister, Neiphiu Rio's demand to repeal the Armed Forces Special Powers Act (AFSPA), he said: "If you repeal AFPSA, then the armed forces will not operate because they would not have any police powers or safeguards."

The paramilitaries who have police powers will operate, but they are equipped to deal with such counter-insurgency operations, he added.

The first incident, in which six civilians were killed, occurred when Army personnel mistook coal mine workers returning home in a pick-up van on Saturday evening for insurgents belonging to the Yung Aung faction of the banned outfit NSCN(K). After the workers failed to reach their homes, local youth and villagers went to look for them and surrounded Army vehicles. In the ensuing clash, one soldier was killed and Army vehicles burnt. Soldiers were claimed to have fired in self-defence, killing seven more civilians. Rioting spilled over into Sunday afternoon when angry mobs vandalised the offices of the Konyak Union, an influential group of the Nagas to which the victims belonged, and an Assam Rifles camp in the area.

At least one more person was killed as security forces repulsed the attackers.

Lt Gen Subrata Saha (retired) said starting right from the field to up to the home minister, everyone acknowledges that it was a case of mistaken identity and an unfortunate incident. Citing his experience in handling similar situations during his service, he said, "These situations are complex, and you really do not know what can lead to what."

"How can one rule that someone has fed wrong intelligence with a vested interest as the peace process (between Centre and insurgents) was moving, although slowly but steadily and making some good progress," Saha added.

There were multiple possibilities that the Army's court of inquiry and the SIT will both go through and determine the sequence of facts, and things would be taken to their logical conclusion, he mentioned.

On the chief minister's demand to repeat AFSPA, he said: "This (demand) is not uncommon. Every time an unfortunate incident occurs, this demand keeps coming to the fore. But I would urge that we should not link one with the other."

He said he is sure that all these issues, such as the proposal of repeal of AFSPA  would be gone into by the people who would study the investigation reports and take an appropriate decision.

As of now, the highest priority should be investigations, and everyone should await their results, he said. Under no circumstances should the peace process be allowed to derail, he added.