The Infantry Day is observed as a remembrance of the first military operations carried out by independent India when the Indian army repelled the first attack on its soil on October 27, 1947 in the Kashmir valley. 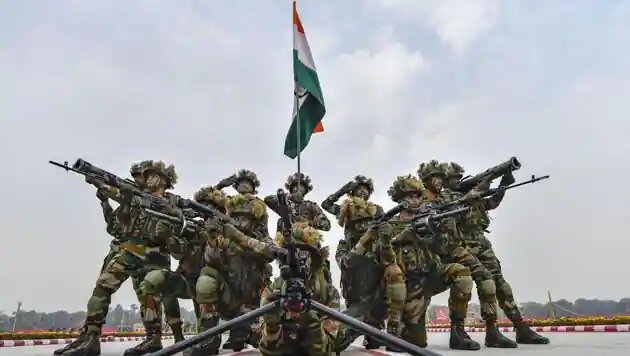 The Infantry Day is observed as a remembrance of the first military operations carried out by independent India when the Indian army repelled the first attack on its soil on October 27, 1947 in the Kashmir valley.

Lt Gen Iyer appreciated all ranks and veterans of Infantry for their devotion to duty and indomitable spirit while working under trying and challenging conditions.

He saluted their contributions and sacrifices to protect the territorial integrity of the nation and fighting terrorism with unstinting resolve.

On this solemn day, the supreme sacrifices made by the Indian Army in defending the honour and integrity of the nation were remembered by all, the spokesman said.

To honour the supreme sacrifice of the infantry in fighting the Pakistani raiders in 1947, Rising Star Corps also observed the day by organising a wreath laying ceremony at 'War Memorial' in Yol cantonment in Himachal Pradesh, the spokesman said.

Similar events were also organised at Mamun and Pathankot, the spokesman said.