The Army helicopter was flying from Bathinda in Punjab to Delhi 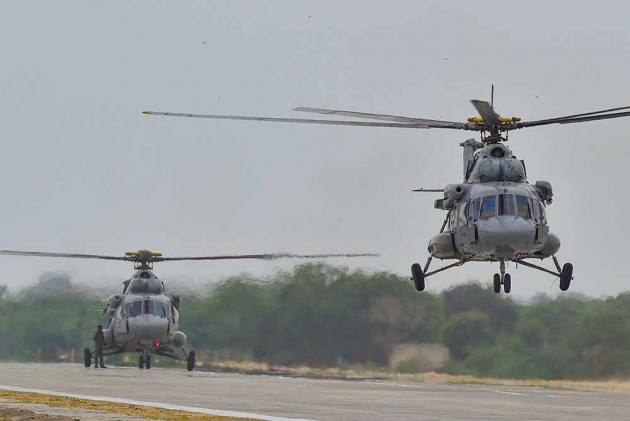 An Indian Army chopper, flying from Bathinda in Punjab to Delhi had to make an ''emergency landing" in an agricultural field in Haryana's Jind district. As per police reports, all three passenger onboard have remained unscathed.

“The Army helicopter, which was flying from Bathinda in Punjab to Delhi made an emergency landing in Jajanwala village in Jind district,'' Inspector Rajesh Kumar told journalists over phone from Jind. All three onboard are safe, the Station House Officer (SHO) of Narwana police station said.

Asked about the reason for the emergency landing, he said, “There could be some technical issue, but Army authorities can speak on this”. There have been  no immediate statement from the Army till now.

After the chopper landed in the fields, many villagers gathered at the site.