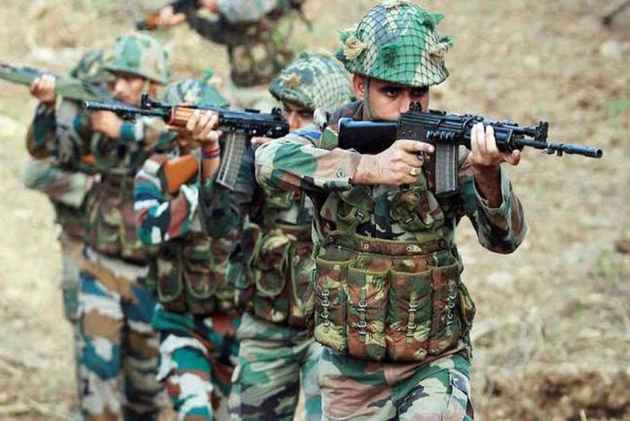 In a blunt message, the Indian Army on  Friday conveyed to Pakistan that it reserves the right to "retaliate appropriately" to any incident leading to the loss of lives of its troops due to Pakistani firing along the Line of Control in Jammu and Kashmir.

In a telephonic conversation, Indian Army's Director General of Military Operations (DGMO) Lt Gen A K Bhatt conveyed to his Pakistani counterpart that the trend of cross-border infiltration with "active support" of Pakistani forward posts has been continuing, impacting peace and tranquillity in the border areas, the Army said.

"Lt Gen Bhatt reiterated that the Indian Army is a professional Army and reserves the right to retaliate appropriately to any incident leading to loss of lives of Indian troops," it said.

Bhatt also told Pakistan DGMO Maj Gen Sahir Shamshad Mirza that cross-border infiltration was also impacting internal security situation in Jammu and Kashmir and that this was evident from continued attempts of sniping and targeting of Indian troops undertaken through cross-border actions "duly supported" by the Pakistan Army troops, the Army said.

was a reciprocal effort from Pakistan.

The telephonic conversation was initiated by Maj Gen Mirza who claimed the Indian Army was targeting Pakistani civilians in the Jammu sector.

"The Indian DGMO in his response highlighted that all ceasefire violations in the Jammu sector were initiated by Pakistani Rangers and the BSF troops deployed only responded appropriately to them.

"It was also emphasised that no targeted firing on civilians was carried out by the Indian troops. Apart from this, firing by BSF troops was initiated against armed intruders attempting to infiltrate from close proximity of Pakistani posts along Amritsar border," the Army said.

The LoC in Jammu and Kashmir has witnessed a spurt in ceasefire violations by the Pakistani troops and the Indian Army has been retaliating effectively to Pakistani actions.