A former international player, he had drive to realise his global vision for the sport. 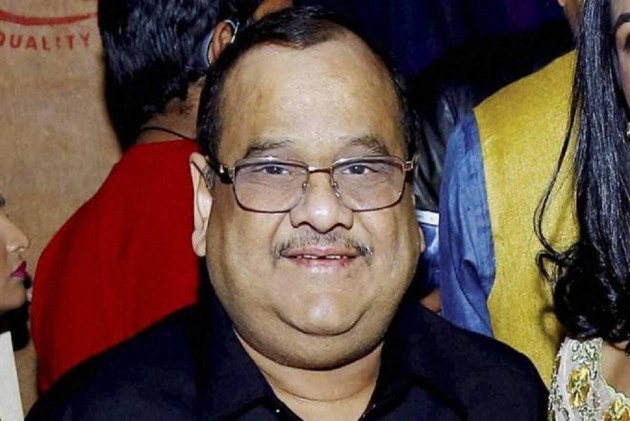 Former international badminton player and ex-member of Parliament Akhilesh Das Gupta passed away on Wednesday, aged 56. He suffered a heart attack and was taken to Lari Hospital in Lucknow, his home city, where he breathed his last.

Son of former Uttar Pradesh chief minister Babu Banarasi Das Gupta and a three-time Rajya Sabha member, Akhilesh was currently president of Badminton Association of India (BAI) and vice-president of the Badminton Asia Confederation (BAC), to which he was elected last year for a four-year term.

Akhilesh leaves behind his wife Alka, a son and a daughter. He was cremated in Lucknow on Wednesday.

Akhilesh played international badminton from 1977 to 1983. He was selected to play against China, Japan and Thailand, and was part of the Indian junior team that toured England in 1979. He represented Uttar Pradesh state team for eight years, out of which he was captain for four years.

BAI secretary Anup Narang, himself a former Delhi badminton champion, paid rich tributes to his friend. “Akhilesh and I were contemporary badminton players. While he was the Uttar Pradesh champion, I was Delhi champion (in 1981 and 1982). I spoke to him twice yesterday, the last call being at night,” Narang told Outlook.

“We discussed the selection criteria for selection of players for the sports ministry’s Top Of the Podium Scheme (TOPS). He asked me to ensure that only deserving players were selected to benefit from the scheme [under which the government funds sportspersons’ training for the Olympic Games],” he disclosed.

Narang said that both also discussed the Indian team’s participation in next month’s Sudirman Cup, to be held in Gold Coast, Australia. “Akhilesh felt that India should take double advantage of the venue, Gold Coast, as the Commonwealth Games are going to be played there after one and a half years,” he said.

Akhilesh is credit for putting Indian badminton on the world map. After getting elected as BAI president for a four-year term in 2012 – following the arrest of then BAI president VK Verma over corruption charges relating to the 2010 Delhi Commonwealth Games – he promoted the sport and encouraged players. And the results started showing straightaway as Saina Nehwal won the 2012 Olympic Games bronze in London. More recently, PV Sindhu won the Olympic silver in Rio last year. In between, particularly the women players brought many laurels at global events.

Akhilesh, who was re-elected BAI president in 2014 for a four-year term, encouraged players to compete in the various international tournaments, says Narang. “He wanted a crop of good players to emerge [at the same time], not just one or two of them. He wanted badminton to become a sport for the masses in India. He was a visionary. A lot of people have vision, but he also had drive to work towards realising his vision. And we would like to carry his legacy forward,” pointed out Narang.

Many tournaments were either introduced or upgraded with Akhilesh at the helm of BAI. Badminton World Federation’s top team events Thomas and Uber Cup, besides the Super Series, were held in India. The existing Syed Modi International, a permanent annual fixture that is played in Lucknow, was upgraded and given the status of a Grand Prix Gold. The launch of the Indian Badminton League in August 2013 – it was renamed Premier Badminton League in 2015 -- was part of his vision to give as much exposure to Indian shuttlers as posisble.
Akhilesh attended Lucknow’s premier school, Colvin Taluqdars’ College, and went on to complete MBA, LL.B, Diploma in Public Administration from Lucknow University, Allahabad University, and Agra University. He completed his Ph.D. on ‘Human Resources Management in Public Sector Undertakings’.

He and his family was running several educational institutions in Lucknow and Delhi. At the cricket ground of the Babu Banarasi Das International Institute of Technology & Management in Lucknow, several Ranji Trophy cricket matches have been played.