Bhardwaj was bestowed the highest national honour in coaching when it was introduced in 1985. 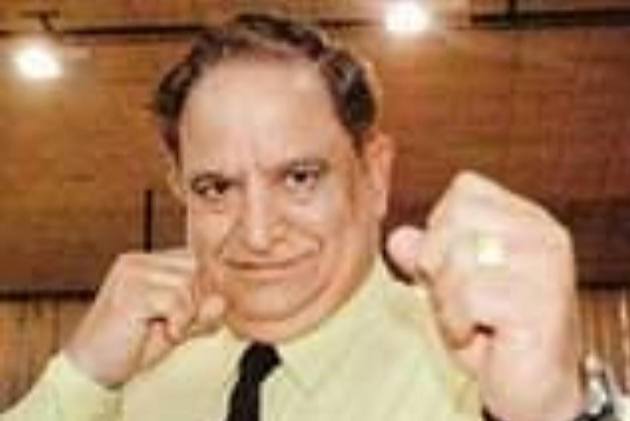 He was 82 and had tragically lost his wife Santosh to ill-health about 10 days ago.

Bhardwaj was bestowed the highest national honour in coaching jointly with Bhalchandra Bhaskar Bhagwat (wrestling) and O M Nambiar (athletics), when it was introduced in 1985.

"He had been unwell for many days with a lot of health issues and was hospitalised. Age was a factor and there was also the shock of losing his wife about 10 days back," T L Gupta, a close family friend and a former boxing coach, told PTI.

Bhardwaj was India's national boxing coach from 1968 to 1989 and also served as a national selector.

Under his tutelage, Indian pugilists won medals at the Asian Games, the Commonwealth Games and the South Asian Games.

A pioneer in Indian boxing, he was the first chief instructor for the sport at the National Institute of Sports India in Patiala.

"He started his career in the Army School of Physical Training in Pune and became an accomplished coach for Services. In 1975, when NIS came up with the proposal for coaching diplomas, in boxing, Mr Bhardwaj was picked to start the course," Gupta said.

In 2008, Bhardwaj had even taught some boxing techniques to Congress MP Rahul Gandhi for a couple of months.

"He was a dynamic man. I remember, in those days, when there were no computers and hardly anyone knew how to type, he bought a typewriter from a trip to Russia," Gupta said.

"He would write letter after letter to authorities demanding better amenities for boxers at NIS using that typewriter. He typed with just one finger because he had no formal training in typing," remembered Gupta, who retired as chief instructor from the NIS a few years ago.

Former national federation secretary general Brigadier (Retd) PKM Raja, during whose tenure he was a national selector, said Bhardwaj was highly respected for his contribution to the sport.

"He was a services legend. A truly remarkable coach and also a very impressive personality. It is unfortunate that in the last couple of years his multiple health issues restricted him greatly," he said.

Gupta also said that Bhardwaj had a fierce personality which often came to fore at any perceived ill-treatment of boxers.

"I remember, after the 1980 Asian boxing championship in the then Bombay, the team was coming back with two gold, five silver, and three bronze medals. Their accommodation on return to Patiala was not up to it," he said.

"Mr Bhardwaj took it upon himself to fight for it with the authorities and ensured that boxers got better accommodation. He gave direction to the sport at that time," he added.

Former national coach Gurbax Singh Sandhu, who was among his first set of students at NIS, said the man from Chennai was a hands-on instructor.

"I shared a magnificent friendship with Bhardwaj ji. I was his student as well as co-worker after being inducted in the NIS. I saw him lay the foundation for Indian boxing to flourish," Sandhu, under whose guidance India won its maiden Olympic medal in boxing, said.

"He was always, always there with the boys. He would never stand and instruct. He would run with the boys during training, even long distance runs. It is something I learnt from him, to be completely involved. A vary sad day," he added.